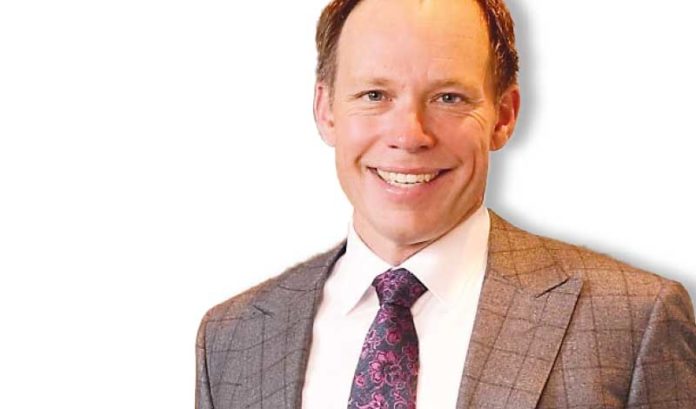 As 100-acre farms and quiet towns in Central and North Jersey are eyed for their potential to be sites that support the blossoming e-commerce supply chain, not all municipalities are ready to give up the namesake quality of the Garden State.

Local industrial real estate expert Clark Machemer said the way we’ve living today has driven demand for facilities crucial to the same-day delivery framework consumers have gotten accustomed to. Now, the senior managing director at Crow Holdings Industrial is detecting a pushback from local leaders at a time when there’s never been more demand for available warehouses, distribution centers and other industrial spaces in New Jersey.

Thomas Monahan of the commercial real estate firm CBRE, which gathers and regularly releases data on the local industrial market, said the current vacancy numbers out of the state’s most desirable industrial markets are the lowest on record. They’re below 1% in some of the hottest North Jersey markets.

Driven by demand for massive e-commerce distribution centers, there’s particularly a scarcity of industrial properties above 500,000 square feet, Monahan said. But there are supply issues for spaces both small and large.

The only signal that might change, according to Monahan, is that some of the North Jersey logistics businesses serving restaurants, entertainment and other pandemic-threatened industries in the region are struggling.

“All those companies, particularly those servicing that New York market, might be feeling the pain,” he said. “So, what we foresee, especially in that smaller section of facilities beneath 100,000 square feet, is an uptick in vacancies as those tenants perhaps put some space back on the market.”

New buildings — designed with the needs of a modern e-commerce operation in mind — are still the most desirable for today’s logistics and distribution companies, he added, but encompass only a small fraction of the industrial landscape in the local market.

Monahan, who is vice chairman at CBRE, the first New Jersey professional with the national company to have that title, said this about whether or not municipalities are likely to support the development of more of these facilities around the state: It depends on the municipality.

“Some are welcoming the ratables and jobs in spite of any potential congestion,” he said. “Conversely, others are posing some restrictions on development, particularly larger facilities. In one example, a municipality put a limit on weekend activity there, as well as restricted the ability of them to put in refrigeration systems or noise to disrupt neighbors nearby.”

Marc Isdaner, senior managing director and principal at Colliers International, said the pushback at the municipal level to the expansion of these facilities is years in the making. The Mount Laurel-based industrial real estate expert admits some towns have had bad experiences.

“What we have seen in some isolated cases is that the typical warehouse setting of the 1970s, even up through the 1990s, didn’t anticipate the volume of truck traffic and deliveries that we’re seeing today,” he said. “And, in some communities, traffic to these sites has increased significantly … catching municipalities off-guard and overwhelming local traffic.”

The argument from those involved in deals relating to these properties argue that, when a town plans traffic appropriately, most residents will hardly notice logistics facilities within their communities.

“And you can see that in municipalities that got ahead of the curve on this,” Machemer said. “Look at Cranbury, it’s a perfect example. If you look at their Main Street area, it’s as quaint a farming town as you’ll find. But cross (Route) 130 and go down the (New Jersey) Turnpike a bit, and you’ll find millions of square feet of industrial space that’s providing jobs to their residents.”

Machemer said these operations fuel economies of municipalities in the form of real estate taxes. And these are businesses that are growing during the pandemic, while other forms of business that towns like to call their own have done the opposite, he added.

“I don’t think it’s a surprise to anyone that the retail market has been on a slow decline, and that the availability of e-commerce over the past five to six months accelerated that trend,” he said. “In order for communities to preserve their ratable base, and for retail workers to have a window to continue working locally, it makes sense to reevaluate.”

Mike McGuinness, CEO of the New Jersey chapter of the real estate organization NAIOP, has started to see more discussion and interest in reuse of old retail spaces for industrial purposes.

The worse traditional retail is doing, the more those ideas are gaining traction — just as the local logistics sector proves to have unstoppable momentum itself.

“Municipalities do recognize that some of these vacant, bankrupt retail operations aren’t going to see a rebound anytime in the near future, so they’re amenable to some sort of hybrid use involving e-commerce or omnichanneling,” he said. “We’re still trying to get a handle on some of these trends, and we’re still watching to see where they go.”