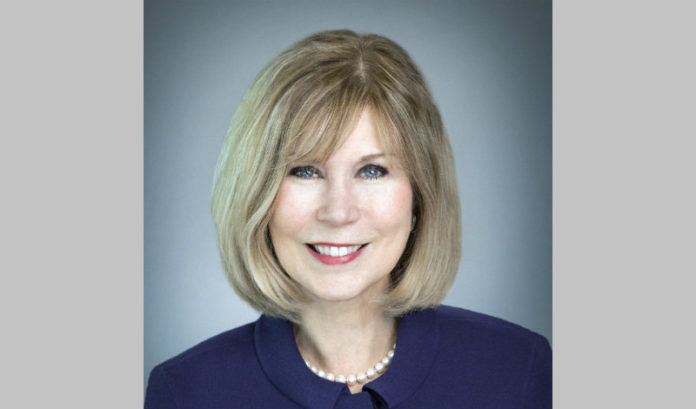 Linda Bowden, the longtime regional president of PNC Bank who is perhaps better known as a model of class and character who has universal respect and admiration among the business community throughout the state, announced her retirement Tuesday.

Bowden, who is among the current class awaiting induction into the New Jersey Hall of Fame, plans to retire midyear in 2021. On Jan. 4, she will be succeeded by Enrico Della Corna, who currently serves as regional executive for commercial banking in the Northeast at PNC. Bowden will work closely with Della Corna through the first half of 2021 to ensure a smooth transition.

“Working at PNC for more than 10 years, as well as contributing to my home state’s business community my entire career,  has been more rewarding than I could ever have have imagined,” she told ROI-NJ on Tuesday. “My successor, Enrico Della Corna, is simply an excellent choice and I am looking forward to assisting in a seamless transition for Enrico and my colleagues.”

Under Bowden’s leadership, New Jersey consistently has been a top-performing region across PNC.

Bowden, however, is more than a banker. And, while her election to the New Jersey Hall of Fame reflects her extensive contributions to the state’s business community, it doesn’t explain what Bowden really is known for: her indomitable spirit.

So said Sally Glick, one of hundreds of people in the state who consider Bowden a dear friend.

Glick jokes that she didn’t always see Bowden that way. She laughs while telling the story.

“When I first met her, I thought she was a big phony,” she said. “I thought: ‘No one could be this nice. No one could maintain that demeanor.’ But, then, you find out that’s really her. That’s the way she is. Always.”

Make no mistake, Bowden is an incredible talent in the banking industry, too.

Prior to joining PNC, Bowden’s career included increasing levels of leadership responsibility in wealth management for several New Jersey financial institutions and recognition among the “25 Women to Watch” by U.S. Banker magazine.

“Under her leadership, Linda has led the market to consistent double-digit business growth and expanded PNC’s brand far beyond what any of us could have envisioned,” he said. “Perhaps most notable among her countless achievements is the friendship, guidance, stamina, humor and unmatched ability to share the best of herself with all of her PNC colleagues and our customers.”

These personality traits made Bowden a sought-after member of business and philanthropic groups.

Bowden, who has been active as an executive committee member of the New Jersey Chamber of Commerce, was appointed chair of the state chamber in 2019. Along with her history of service to the chamber, Bowden also has been a supporter and active leader of Choose New Jersey almost from the organization’s inception.

In addition, Bowden’s leadership contributions extend to a number of community and cultural organizations, including the New Jersey Symphony Orchestra, the New Jersey Performing Arts Center, Drumthwacket Foundation, as well as the Hackensack Meridian School of Medicine and Jersey Central Power & Light. She also has been the longtime face of the New Jersey State Governor’s Jefferson Awards for Public Service.

Where Bowden will go from here remains to be seen. Glick said she could fill any role, be an asset to any organization. Again, it goes back to her spirt, she said.

“It’s amazing,” Glick said. “Here she is, this amazing professional, the regional president of a national bank, but you could call 50 people and ask them about Linda Bowden and the fact that she is a terrific banker would be one of the last things they mention.

“They would start with the fact she is a tremendous person, and that’s what matters in life. Those things, that spirt, is so much more than a list of professional achievements and titles.

Of course, in the New Jersey business world, Bowden is just as big a rock star.