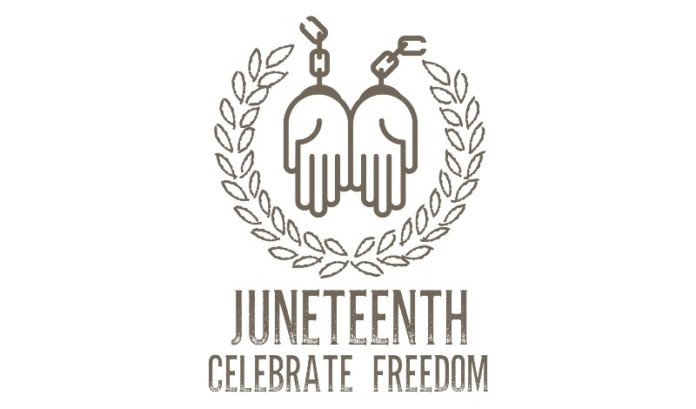 Gov. Phil Murphy, who has pushed strongly for measures that will recognize — and help to rectify — the issues of systemic racism that have hurt Blacks in this country in recent months, signed legislation Thursday designating Juneteenth a state holiday.

The holiday will be commemorated each year on the third Friday in June.

“It gives me great pride to celebrate emancipation and New Jersey’s great diversity by designating Juneteenth as an official state holiday,” Murphy said after signing the measure.  “Commemorating this date is just one component of our collective approach to end a generational cycle of pain and injustice that has gone on for far too long. Every Juneteenth, we will celebrate the end of the physical chains which once held Black Americans down. While more work lies ahead to undo the oppression that remains, Juneteenth is important marker that reminds us of our mission to create a society that enables our Black communities to achieve the full equality which they deserve.”

“We’re at another set of crossroads in this country’s history — just as we were in 1863 — where we can decide to move humanity forward by once again acknowledging the wrongs committed against African Americans and taking bold action to correct them.

“A visual illustration of the impact of centuries of systematic and institutionalized racism has our country reeling over the question, ‘Why?’ Why does this continue to persist in our communities today?

“Juneteenth was a defining moment in American history claiming the beginning of African American independence in this country. It is time for the commemoration of a pivotal moment in history to become an official state holiday, underscoring its importance to our communities and giving time for reflection on how far we have come and have to go to achieve equality and justice for all.”

Murphy makes it official: Cammarano to leave in January