Home Opinion Editor's Desk At FDU, record ranking is great — but not as gratifying as...
Facebook
Twitter
Linkedin 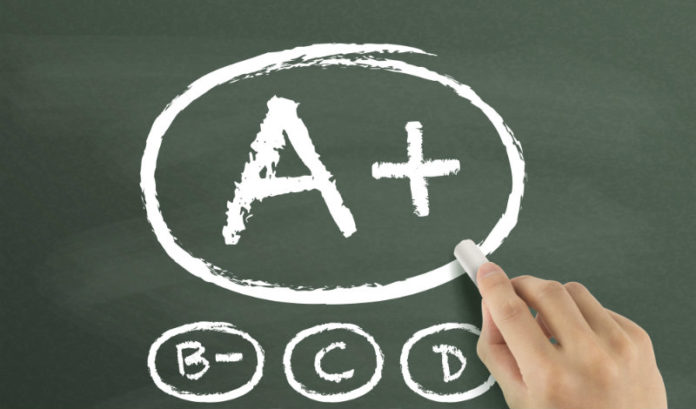 When the U.S. News & World Report college rankings were released Monday morning — and Fairleigh Dickinson University was ranked No. 50 among Regional Universities in the North — the school had fulfilled the goal of a five-year mission, improving by an incredible 33 spots in the process.

“We’ve been focused on this for some years now,” he said. “So, we’re very happy. In our strategic plan, we put a lot of emphasis on trying to improve our ranking through doing various things. This has been a strategic success, to say the least.”

Capuano, the school’s president since 2016 and faculty member for nearly three decades, gets it. Rankings count in the minds of alumni when it comes to giving — and to prospective students (and their parents) when it comes to attending. They matter a lot, he said.

Even if they are not accurate as they could be.

The rankings do not truly show the efforts of a university. The metrics favor schools that are able to attract college-ready students who have the financial means to stay on course.

The rankings don’t necessarily reward schools who nurture students from underserved communities — first-time students who may not be equipped to succeed. Certainly not at first. Certainly not in four years. And perhaps not at the school where they started.

Those things count against schools and are one of the reasons why New Jersey — despite having the best K-12 public school system in the country — does not necessarily fare well when it comes to national collegiate rankings. It’s one place where our diversity hurts us.

“The rankings are not as important as people think they are, because there are a lot of variables that go into determining them,” he said. “Just because your ranking might not be in the Top 20 doesn’t necessarily mean you’re a bad school.

“If you’re an institution like FDU, especially at our Metro Campus, where you’re trying to provide access and affordability to more students — students who might not come from the same background as other students in terms of having the resources before they go to college — rankings are a challenge.

“If you choose to stay away from those students, then that might be favorable to your ranking. Why? Because those students are probably less likely to persist and graduate than students who are from other backgrounds.”

“If freshmen leave before they graduate, that counts against you,” he said.

Capuano is not fazed by this.

In fact, he knows there are two main ways to game the system: Don’t admit the type of students who traditionally struggle — or admit the kids who need more guidance and give to them.

Five years, FDU decided on the latter. It’s the right decision, Capuano said, rankings or not.

It’s important if you truly believe in social equity — and Capuano feels it’s the best way to achieve it.

He’s not the only one.

The College of New Jersey (No. 5) and Monmouth University (No. 23) — the two schools that finished highest in the regional rankings — make a commitment to serve a diverse population.

As does New Jersey City University, which, at a tie for No. 136-176, is among the final grouping of North Region schools.

New Jersey City University, however, is one of the gems of the state. A place where first-generation students can find their way, lifting up a household or a neighborhood in the process.

The same can be said at Saint Elizabeth University, which also finished in a tie at No. 136-176. It’s most proud of the fact it was No. 4 on the list of Top Performers for Social Mobility among regional universities.

The social mobility ranking focuses on how well schools address graduation rates of Pell-awarded students, those typically coming from households with family incomes less than $50,000 annually. The ranking measures a college or university’s ability to move students up the ladder in terms of economic opportunity and within or between social strata.

“Social mobility is not only important for our students, but for the economic growth and stability of society, now more important than ever,” she said. “Our focus is, and has been for more than 120 years, on providing the opportunity to earn a college degree that is both affordable and beneficial for career advancement.”

Don’t be confused. University presidents know these rankings mean a lot to a lot of people.

“You have to understand that higher ed, like other industries, is influenced by things like rankings, whether you like it or not,” Capuano said. “And you know that, because anytime a school gets a good ranking, whether they think it’s important or not, they seem to want to use it.

“They’re trying to have influence on the consumer.”

That was really the mission FDU set for itself five years ago. Capuano knew doing so would raise the school’s rank — but he really wants to raise a next generation of leaders.

“We’ve managed to provide the resources and the services more students need to be successful. Consequently, more are graduating. So, kudos to the students. That’s what this is all about. Our job is just to provide a path to success. They have to make it happen.”