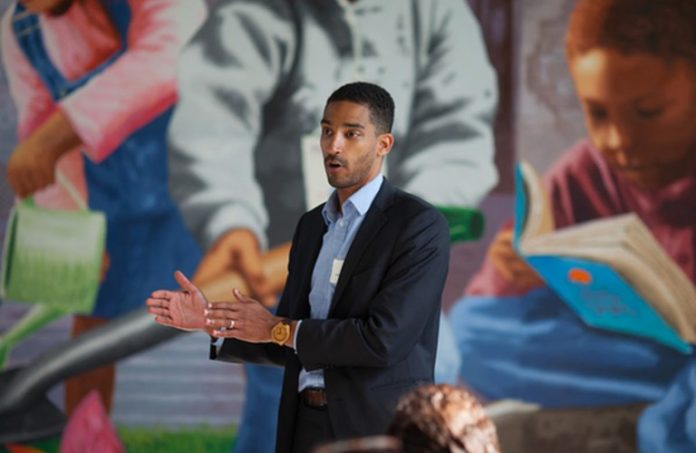 Harris Blitzer Sports & Entertainment — the parent company of the New Jersey Devils, Philadelphia 76ers and the Prudential Center, among other global entities — continued its commitment to fight systemic racism and inequality Wednesday with the hiring of David Gould as its chief diversity and impact officer.

Gould, who joined the Sixers earlier this year as the executive director of the team’s youth foundation, will have plenty of opportunity. The organization announced earlier this year that it is committing $20 million to the fight. HBSE will donate $10 million over the next five years to the cities where it has teams. It also has donated $10 million to the NBA’s foundation to drive economic opportunity and empowerment in Black communities.

“As a Black man, former college athlete and native Philadelphian, this work is deeply personal to me, and I believe that the sports and entertainment industry has an important role to play in the push for social and racial equality,” Gould said in a statement. “It’s an honor to be leading this new priority for HBSE and I am excited for the positive impact we will have for both our staff and communities.”

“This role is a vital addition to our organization,” they said in a statement. “We believe David’s leadership, passion and strategic mindset are incredibly valuable to our company and community members alike.

“This is an important step in our larger commitment toward equality and inclusion within our organization and in driving positive change in the communities we serve.”

Earlier this year, when it announced the $20 million initiative, HBSE outlined some of its possibilities for action, and Harris’ and Blitzer’s reasons.

The potential plans include:

HBSE CEO Scott O’Neil said Gould already has proven to be the right person for the new job.

“David Gould is an action-oriented, authentic leader with an outward mindset and the capacity to be an inspiring force for change,” he said. “It is an honor to appoint him to the first-ever role of HBSE’s chief diversity and impact officer.

“David’s leadership and guidance played a critical role in shaping HBSE’s and founders Josh Harris and David Blitzer’s $20 million commitment and action plan to address racial equity in the communities where we live, work and play. He brings a depth of experience in building platforms that drive advancement for Black entrepreneurs and communities, in both the private sector and with the city of Philadelphia; his perspective will be critical as we grow as an organization and community in empathy, respect and with racial equality in mind.

“With David’s engagement and passion, I am confident our organization, industry and community will rise together to celebrate diversity and equality and move toward action.”