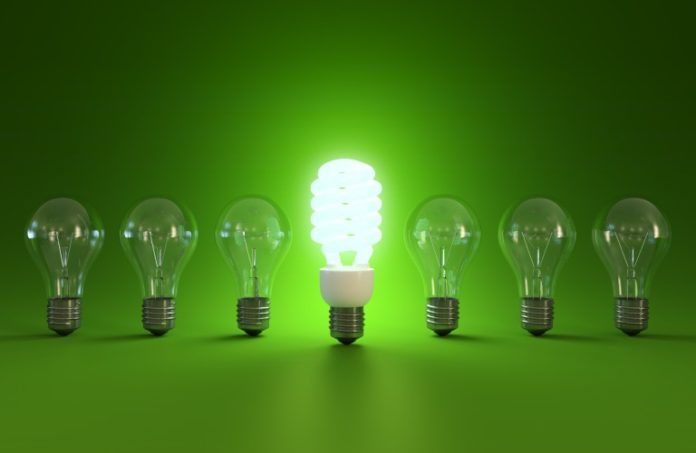 The possibilities for energy efficiency are everywhere. That’s how Karen Reif sees it.

The lighting in a retail store … the HVAC system in a hospital … the thermostat in a single-family residence.

Reif, Public Service Electric & Gas’ vice president for renewables and energy solutions, said the company’s proposed Clean Energy Future – Energy Efficiency Program has something that works for nearly every type of business and every type of residence.

The program, she said, will not only save energy, it will save customers money while helping the environment.

It’s the type of program Gov. Phil Murphy was asking for when he released his Clean Energy Act.

It’s the type of program that will help New Jersey — far behind other states in energy efficiency ratings — take great strides forward.

And, here’s the catch: None of those facts is the best reason for the program.

If PSE&G’s Energy Efficiency Program is allowed to be implemented, the utility estimates it will need to hire 3,700 workers. And it has pledged to train and hire more than 2,000 workers from underserved communities for solid-paying jobs that could become careers.

All that is needed is approval from the state Board of Public Utilities, which could come as early as this month. The BPU next meets on Wednesday. The agenda, however, has not been released.

“When Gov. Murphy passed the Clean Energy Act, he really called out the fact that we need to step it up in this area,” she said. “As a result, PSE&G filed our Clean Energy Future filing, of which the largest piece involves energy efficiency.

“This program truly is a win-win-win. It provides a financial incentive for customers to save energy while creating jobs and helping the environment.”

PSE&G has seen the benefits locally, as it has run some programs on a smaller scale for a decade. The programs have made great inroads in hospitals up and down the state, winning numerous awards.

Reif said these programs work in hospitals and multifamily buildings for two reasons.

“Most of them have energy managers — and it’s much easier to explain to them,” she said. “The other is a willingness to rely on your core competence.

“We want hospitals focusing on the latest MRI machine or the latest clinical technique, not on their HVAC system. We want our people, who have the expertise, doing that. So, this is a great synergistic plan.”

Reif said PSE&G is confident it can expand the program greatly.

“One of the big needs in the commercial and industrial market segment is lighting,” she said. “If you go down Main Street and look at every pizza place or retail shop, they likely will not have energy efficient lighting. That’s a slam dunk for us to get that done.

“We want to send people who are auditors and installers out to them. And, then, as you go up market, there is just so much more that can be done. The amount of business that we’re hoping to get is more than 10 times what we see today. There’s that much need.”

The key, assuming the plan gets BPU approval, is to spread the word to the business community.

Reif said PSE&G is ready to pull out all the stops.

Of course, sometimes word of mouth can be your best promotion — especially on something that sounds so good, there is a logical reason to be skeptical.

Reif promises there’s not — and that every business can benefit.

“We were talking to another utility and they told us that they reached business through a manicurist association,” she said. “They were able to hook up a lot of mani-pedi places that way.

“You have to be creative and go through every possible association. Because, when people finally hear about it, they’re like, ‘Oh, my God, this is so good. I have to tell a friend.’”

Reif estimates that approximately two-thirds of the benefits will go to businesses and buildings.

There’s a good reason for that: Energy efficiency in individual households is tough. PSE&G is trying to make it simpler.

It already has a program where residents can replace their thermostats with smart thermostats — ones that are much easier to set and adjust.

“It’s proven that, when people have smart thermostats, they actually save money, because you’re more apt to like log on and change it when you’re not home,” Reif said.

PSE&G wants to take that idea to all appliances. And she said the utility wants to produce the savings at the point of purchase.

For instance, if an energy efficient refrigerator costs $100 more at the time of purchase, PSE&G wants to make up the difference on the spot.

No more filling out forms in triplicate and mailing off to a rebate warehouse six states away and getting a check — hopefully — six months later.

“If people have to float the money, it will stop them from purchasing that energy efficiency appliance.”

Even more, PSE&G wants to hire auditors to go into homes to show residents how and where they can save. The service, she said, would be free in underserved communities.

“We want to add additional programs that target low- and middle-income customers, where we kind of do everything soup to nuts for them,” she said. “And, if you fall into certain census tracts or income-eligible areas, that we actually do everything for you.

“We also want to expand an existing program where we send auditors out to the house, people who can say, ‘You need weatherization, you need windows, you need this and that.’ Then, we could marry their needs with other programs.”

All of this takes an approval from the BPU. That’s a fancy way of saying “rate increase.”

Reif feels it’s worth it.

“This is an investment that’s similar to upgrading the gas main on your street,” she said. “It prevents the need for another power plant to be built. It supports the betterment of New Jersey, for the climate, for the jobs, it’s just the right thing to do.”

And the cost is negligible, Reif said.

PSE&G is convinced the increased rate will be offset by a lower use of energy — thus, a net savings.

“The beauty of it is that everyone who signs up for a program will see a decrease in their bill,” she said. “The program pays for itself.

“We are the only industry asking to use less of its product.”

Then there’s the job program.

PSE&G needs to hire a variety of workers, not just auditors. Plenty of other jobs, many of which involve serving as an installer, also would be available. The staring pay would be anywhere from $15 to $25 an hour, depending on the job.

“In order to get all this work done, you need people who are trained on how to identify it, how to get it done, how to audit and how to install,” Reif said. “We’ve taken it upon ourselves to kick off a job program really targeted at the underserved communities.

“These are good-paying entry-level jobs, and then you can move up and make a decent salary for the rest of your life.”

All that’s needed is the limited training.

And that’s the biggest obstacle, outside of BPU approval.

The training involves a lot of hands-on activities. That’s difficult right now. So far, PSE&G has had only one remote session, training just a handful of hires. A second training program is set for next week.

Reif said the company does not want to fully commit to training until the jobs are available. Everything else, she said, is ready to go.

Some would argue that the marketplace should push such savings. History shows that’s not the case.

New Jersey was ranked 17th among all states last year by the American Council for Energy-Efficient Economy, in a rating the combines policy and performance. However, the state was No. 34 in actual electricity savings.

It makes too much sense not to push forward.

“It’s a win-win-win,” Reif said. “They’re making my job easy by putting me in charge of this.

“This is something we need to do.”

Reif stresses the program is for everyone.

“We want to expand across all areas so that every type of customer — no matter your income, no matter residential, commercial, industrial, multifamily, no matter if you rent or if you own — can take advantage of this.

“We feel that the strong customer relationship with PSE&G will allow us to gain their trust to be able to do that.”

McKoy is leaving NJPP, but his influence on issues in N.J....