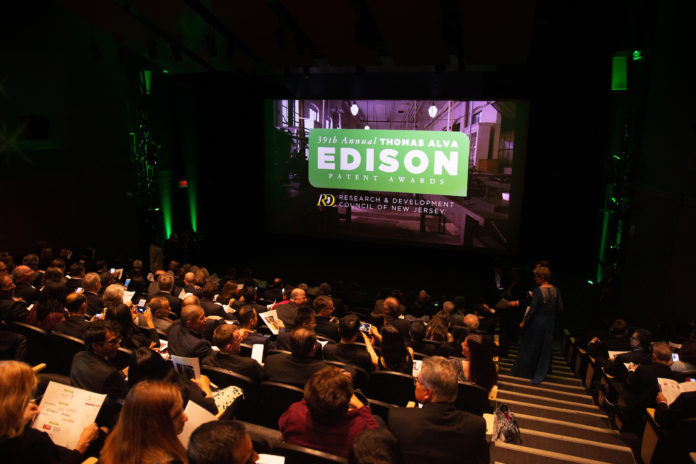 The individuals include the president of the Merck Research Laboratories, a former chair of molecular genetics at a Rutgers institute and a former university president.

If you think New Jersey is no longer a leader in science, research and innovation, then the 41st annual Thomas Edison Patent Awards — presented by the Research & Development Council of New Jersey — should tell you otherwise.

The honorees were announced Monday morning. The event will be held, virtually, Nov. 12.

The theme of this year’s ceremony is “Transforming Hope into Action.” R&D Council Chair Kevin Campos, an associate vice president, process research and development, at Merck, said the time to recognize science and research has never been greater.

“Even in this pandemic environment in which we now live, we need to recognize the research that is continuing to shape our future that will have an impact on the post pandemic era,” he said.

The council is honoring three individuals — with the Chairman’s Award, the Science and Technology Medal and the Educator of the Year.

Chairman’s Award: Campos said few depict this theme better than Dr. Roger Perlmutter, the president of Merck Research Laboratories. He will receive the award for his world-renowned work in guiding the research of one of this world’s foremost pharmaceutical companies.

Of particular note is his leadership directing the Merck team on the oncology product Keytruda, which is having a significant impact in cancer care throughout the world, the R&D Council said.

Science and Technology Medal: This will be given posthumously to Joachim Messing, the former director of the Waksman Institute of Microbiology and the Waksman Chair of Molecular Genetics at Rutgers University, for making seminal contributions to the development of genomics and biotechnology.

His work as a translational scientist contributed directly to breakthroughs in global issues, including food security and cancer therapies, the R&D Council said. While still a research fellow, Messing began work on what would become “shotgun DNA sequencing,” a pioneering cloning technology that transformed genomics and was quickly adopted across the life science research community.

Messing’s technological innovations for sequencing of genomes in complex organisms has supported explosive growth in genomics, provided the basic biotechnology used in the human genome project, has led to significant nutritional improvements in agriculture worldwide, and is contributing to life-saving biomedical therapies. Messing died in 2019.

Educator of the Year Award: This honor will go to Dawood Farahi, who recently retired from his role as president of Kean University. During his 17-year tenure as president, he completely transformed the university, both physically through his expansion of facilities and dormitories, and academically through his emphasis on establishing curricula related to STEM majors, the latter of which is critical to future workforce preparedness.

Farahi also partnered with the Ministry of Education of China to launch Wenzhou-Kean University, opening a whole new world of learning for students at Kean who could study abroad, and for students from China who were able to spend semesters at Kean.

The R&D Council collaborates among industry, academia and government to grow and strengthen STEM in education, innovation and the economy. The R&D Council is a nonprofit whose membership includes representatives from academia, government and industry, including several Fortune 500 companies.

The R&D Council expects hundreds of representatives from the largest research organizations in the world, including some of New Jersey’s best academic minds, policymakers, students and other supporters, to tune in. During the ceremony, each award winner will have a special tribute film premiered in their honor.

For information on sponsorship, ads and tickets, contact Vanessa Johnson at vjohnson@rdnj.org. For more information on the award winners, event or the Council, please call Executive Director Kim Case at 908-875-7167 or email kcase@rdnj.org.