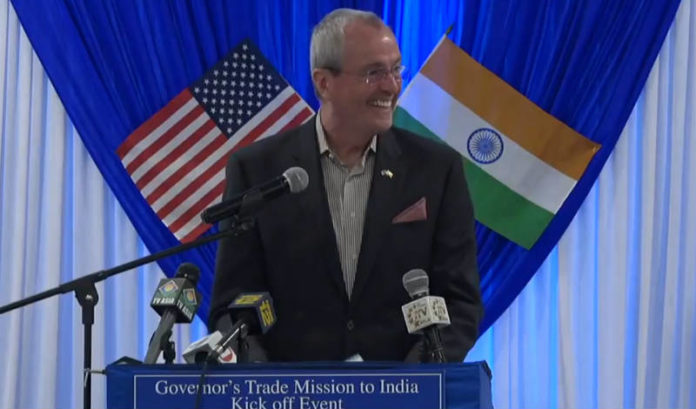 It may seem like a lifetime ago due to the COVID-19 pandemic, but Gov. Phil Murphy’s trade mission trip to India with Choose New Jersey was just a year ago.

Choose New Jersey CEO Jose Lozano said the trip has proven to be a success — despite the pandemic. Lozano points to the opening of the New Jersey India Center in New Delhi, commitments from companies to open offices in New Jersey and an overall strengthening of the relationship with a country that has a strong presence in the state.

“New Jersey has long had a talented workforce with Indian roots,” Lozano told ROI-NJ. “Our investment in strengthening the bilateral relationship with India has been well received.

“We have been bridging the gap to help top manufacturers, pharmaceuticals and startup Indian companies grow in the United States.”

“These companies are planning to bring over 200 new jobs to New Jersey,” he said.

Lozano said the biggest success came this past July, when the National Association of Software and Services Companies announced the virtual launch of NASSCOM Launchpad in New Jersey, with VentureLink@NJIT and Choose New Jersey.

The NASSCOM Launchpad aims to facilitate partnerships between New Jersey and India, and promote technology-based foreign direct investment between the two regions, as well as amplify global competitiveness between the companies operating in both geographies.

So far, nine Indian firms have expressed interest in doing business in New Jersey and are working with the team at VentureLink to accommodate coworking space needs.

Lozano said discussions for U.S. incorporation for the majority of the nine firms are underway. As soon as travel restrictions and business visa restrictions are lifted, these investments are expected to be formalized in early 2021.

“This is the type of opening that trade missions can produce,” Lozano said.

“This was an incredibly beneficial venture for all,” Lozano said. “To be able to open an India office, in spite of the global pandemic — and then see several companies expand into the state — is more than we could have hoped for.”

Murphy announces plans to work on next Energy Master Plan (whether...