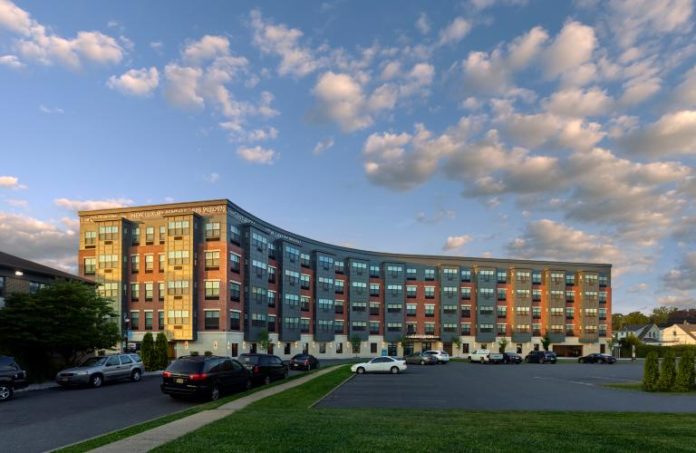 A luxury apartment complex in Union has finished leasing its first phase, according to developer American Landmark Development.

Centurion Union, a five-story downtown property at 975 Bonnel Court with 80 units and amenities, has finished leasing despite the need to shift to a digital strategy due to the COVID-19 pandemic, according to the Elizabeth-based developer and its exclusive marketing and leasing agent, the Marketing Directors.

“Demand is on the rise for superior quality rental buildings in outer-ring suburbs with tremendous downtown environments and great access to New York City,” Manuel A. Fernandez, American Landmark’s founder, said in a prepared statement. “That’s exactly what we offer at Centurion Union and throughout our entire rental portfolio.”

The property includes one- and two-bedroom apartments, plus amenities including a fitness center, game room, coworking space and more.

The second phase of the development is a four-story building along Stuyvesant Avenue, which is expected to be completed in the first quarter of 2021. Leases have already been signed for that property’s 10,000-square-foot retail component, American Landmark said.

“The leasing success of the initial offering will undoubtedly serve as a catalyst as we put the finishing touches on the community’s second phase,” Fernandez said.

American Landmark is the designated redeveloper of the Stuyvesant Avenue Redevelopment Project, which will include 300 new residences and 27,000 square feet of retail across four buildings.

The developer’s other projects include a boutique apartment building near Elizabeth River Park and a Centurion project in Newark.