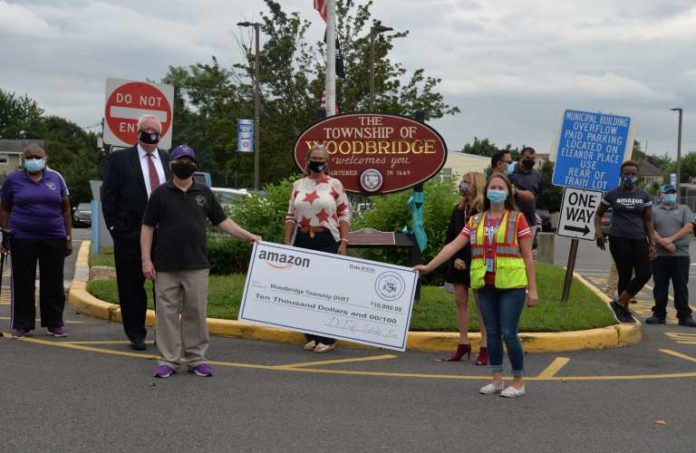 Amazon has opened another New Jersey delivery station, it said, this one in Avenel — the third such announcement in less than two weeks.

The e-commerce giant announced stations, where packages arrive from fulfillment centers and are loaded onto delivery vehicles, in Newark and West Caldwell earlier this month. The company said it aims to have 15 such stations in the Garden State by year-end.

The 185,000-square-foot building at 1 Paddock St. welcomed associates this week for Day 1 of operations. The station will eventually create more than 300 full- and part-time jobs, all paying at least $15.75 an hour, as well as hundreds of driver opportunities with Delivery Service Partners and the Amazon Flex program.

As with the most recent two openings, Amazon celebrated the station’s debut by making a donation — this one $10,000 to the Domestic Violence Response Team, which will use the funds to aid more than 150 victims in Avenel.