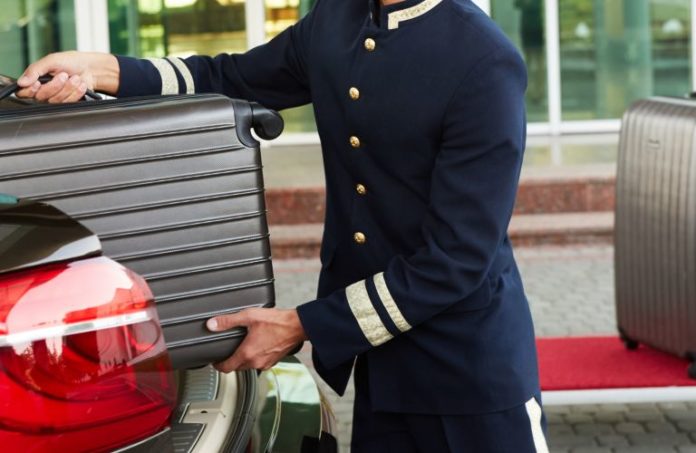 The workers are taking action against Planned Cos., a fourth-generation residential and commercial building services contractor based in Parsippany.

Strikers are demanding an end to what they are calling “untenable work conditions.” They also are requesting a $2 an hour raise — a request Planned Cos. recently denied.

What’s unclear is how much the dispute is about longstanding work conditions — or about work conditions that have changed during the COVID-19 pandemic. With no end to the pandemic in sight, the latter could set a precedent for numerous work groups around the state.

Kevin Brown, vice president of the 32BJ SEIU union and New Jersey state director, said the walkout was about fairness, saying many of these jobs pay as little as $11 an hour and receive only five days of combined paid vacation and sick leave.

Brown said the median wage for New Jersey residential concierges and porters employed by Planned Cos. is $24,960 a year, with many going uninsured.

“We’re taking the streets because Planned has yet again failed to respect the workers’ right to organize free from retaliation,” Brown said. “This is unconscionable at any time. During a pandemic, it’s downright despicable.”

Ben Martin, a spokesperson for Planned Cos., said the company respects its employees’ rights to assemble and join unions.

“Despite the union’s claims to the contrary, we continue to provide our employees with high-quality health coverage and some of the most competitive wages and benefits in the industry,” he told ROI-NJ. “Planned is not anti-union. In fact, we have a number of successful union relationships where collaboration has fostered a positive environment for our employees.

Martin also defended the company’s action during the COVID-19 pandemic.

“We have continually sourced quality personal protective equipment for our team, established a $500,000 COVID-19 Immediate Response Program to help employees affected by this pandemic and modified our existing sick day and leave policies to address the needs of our employees and their families,” he said.

“The union did not offer to contribute anything to our relief fund to support their members, they are tone deaf to the essential work being performed daily and are putting people at risk for their own selfish gain.”

A number of Jersey City officials expressed support for the workers.

“I urge Planned to put an end to the pattern of illegal activity that they’ve shown and treat New Jersey workers with dignity and respect,” Jersey City Council President Joyce Watterman said in a release from the union.

“When these workers have to face mistreatment and illegal harassment, on top of their important responsibilities, it affects all of us. The work of these essential workers is crucial to keep the New Jersey economy thriving and should be treated as such.”

“The way we treat our essential workers says more about us than it does about them,” Solomon said. “The doorpersons, porters and handypersons who showed up when they were needed the most deserve the same treatment from us.”

“Progress and development cannot only happen with brick and mortar,” he said. “True progress comes from investing in our people and our communities.”

On Sept. 16, more than 100 Planned workers across northern New Jersey submitted a petition to Planned, demanding an end to illegal intimidation, hazard pay and paid quarantine leave, the union said. When their demands were refused once again, workers mobilized to take action.

“While we respect our employees’ rights to assemble, today’s demonstrations in Hudson and Essex Counties were just the latest instances of SEIU 32BJ’s posturing to promote their agenda above those they represent,” he said. “SEIU’s ongoing bullying of employers and their employees, through a program of baseless claims and blatant untruths, is a desperate effort to fill the union’s coffers rather than provide effective representation of their members.

“Our employees and the general public are seeing through these disruptive demonstrations.”