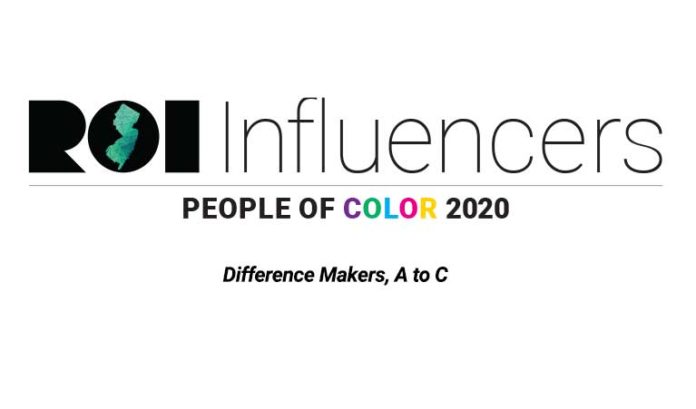 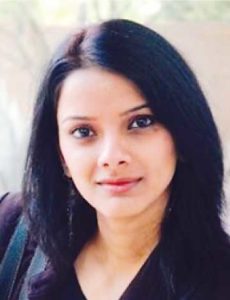 Aburi is the director of a research arm located at Morristown Medical Center, the state’s top hospital. The center, already doing amazing work in cancer research, quickly made COVID-19 research one of its top priorities. 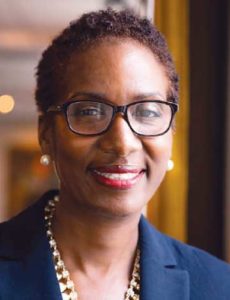 Gov. Phil Murphy has stressed diversity and inclusion (and impact) since he named the most diverse cabinet in state history. Agudosi, who chaired the Minorities in the Profession committee at the New Jersey State Bar Association, is carrying that vision forward. 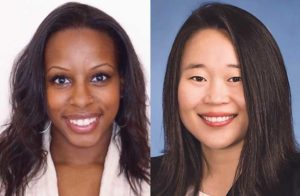 Investing in urban areas? It might be new to some groups, but not Goldman Sachs, which has been pouring money into Newark for years. 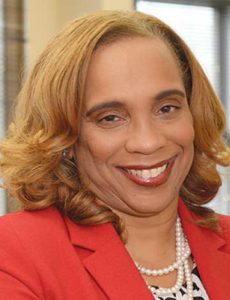 Anderson’s impact will be even greater than it already is on the other side of the pandemic — whenever that will be. It will be even harder for members of underserved communities to get funding for investments. Anderson will make sure they do. 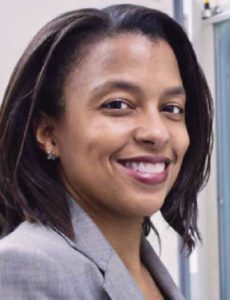 Arinzeh is a fellow to the American Institute for Medical and Biological Engineering — an honor given to less than 2% in the field. She also serves in a leadership role at the Center on Engineering Mechanobiology. 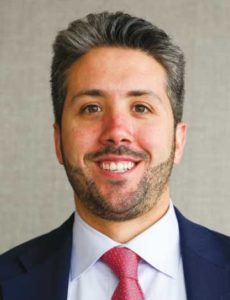 His star continues to shine brightly. Artiles, who chairs the firm’s Government Affairs Practice, has established himself as a go-to standout in Trenton. An expert in many areas, Artiles also is a key player in the Hispanic business community. 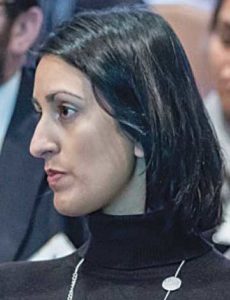 Azam is a returner on the list because she remains a top-notch lobbyist on all things related to health care. She has gone from being the first Muslim staffer in the State House to heading government relations in New Jersey and the region for one of the largest insurers in the country. 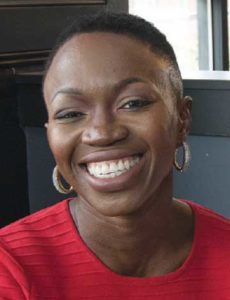 Bayoh was once considered a role model and inspiration to women who came to this country. She’s now an inspiration to anyone who wants to succeed in business through hard work. Now a real estate powerhouse in Essex County, she is widely known for her entrepreneurial spirit. 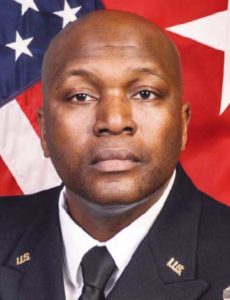 When the pandemic was at its peak in the state, Murphy called in the state’s National Guard to ensure everything from hospitals — including field hospitals — to voting ran smoothly. There were few problems in the state. Beale and his group played a part in that. 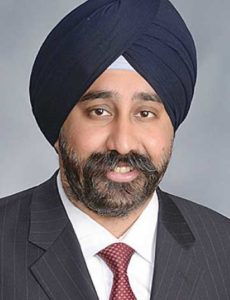 We could honor him for being the first Sikh-elected big-city mayor in the country, but that would be cliché. Bhalla makes the list for the leadership he showed from the outset on the pandemic. His quick thinking — and policies — clearly held down cases in Hoboken. 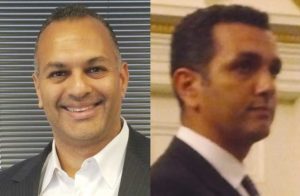 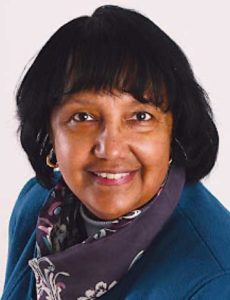 Brown is responsible for providing overall strategic direction for AT&T’s external relationships in New Jersey, serving as a liaison with the Governor’s Office, the state Legislature and others.  She also is a board member of the Commission on Science, Innovation and Technology. 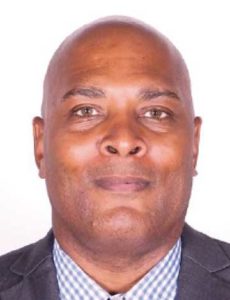 Budd has been a senior executive at one of the leading global producers of optics, imaging and photonics technology. His efforts have helped streamline processes and increase profits for the Barrington-based manufacturing giant. 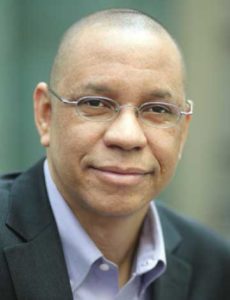 Heads an organization whose mission is to support, promote and research entrepreneurship. An author, he uses his proprietary “Intelligent Influence” framework to expand the Rothman brand and other efforts. 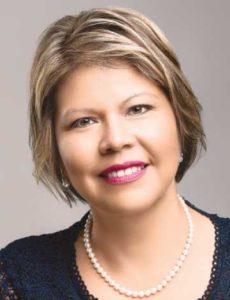 She is a strong advocate for workers rights and for Latinas in the state. Campos-Medina is a force to be reckoned with. She is close to many of the leading Hispanic business and political leaders in the state and beyond. 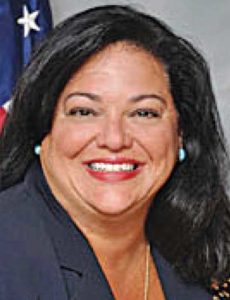 Caride continues to lead the state’s efforts in health care insurance protections — a job that has taken on increasing importance since COVID-19 has resulted in the loss of insurance by so many. This Latina is among the most powerful in the state. 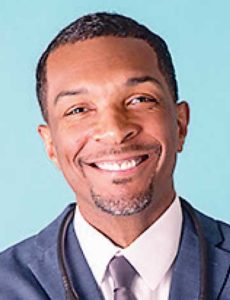 Coleman specializes in helping patients preserve their kidney health and in treating kidney conditions and diseases. As a spokesman, he is a regular contributor to Fox 5 News on a range of health topics. He also co-hosts the podcast “Recommended Daily Dose.” 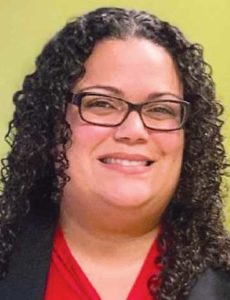 She was the first associate hired at Parker Ibrahim & Berg when it was founded in 2011. Four years later, she became the first female partner of what is now a national firm. A graduate of Rutgers Law School – Newark, she has been active with the HBA since 2008. 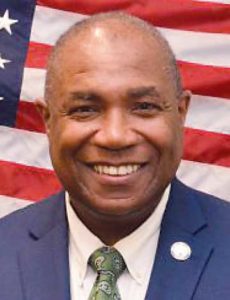 What’s more impressive, that he graduated from Princeton, earned a medical degree or graduated law school (Rutgers)? It’s no wonder his colleagues in the Assembly, where he has served since 1998, look to him on a variety of issues, especially those concerning health care. 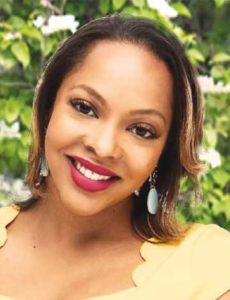 She has become a strong advocate at the EDA, which has been thrust into the middle of COVID-relief programs for businesses. Cooper, formerly in Newark’s political inner circle, knows how to balance the forces of government and business. 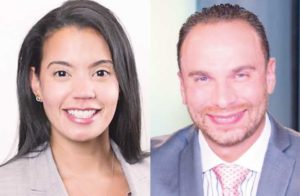 One of the state’s power couples, they are co-founders of a top marketing agency that is growing in stature. They also get the nod for being on several prominent boards. 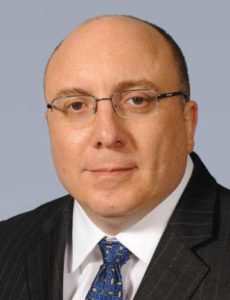 We’re not sure when or how the commercial real estate market will shake out in the post-pandemic economy, but we’re confident Cruz will be on the right side of it. One of the hardest-working brokers in the state, few understand real estate as much as he does.