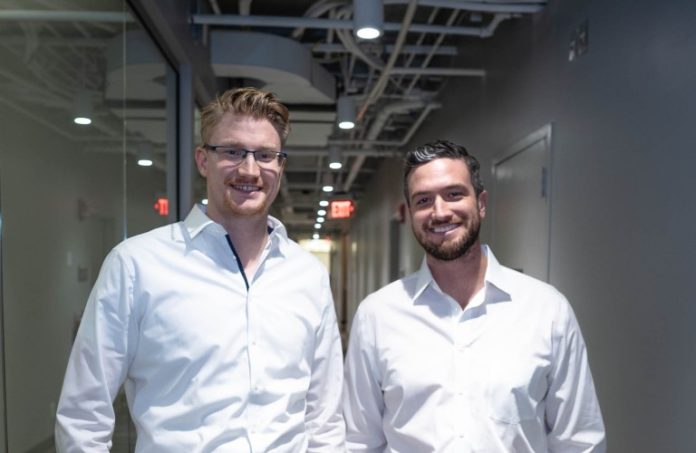 The origin of the company, a personal and enterprise safety technology provider that was developed with investment from Newark Venture Partners, goes back to an unpleasant experience one of his best friends experienced on a college campus six years ago.

The longtime friend was walking home with his girlfriend when he was confronted by a group of men. His friend was knocked unconscious before his girlfriend could call for help or identify their location. They were 200 feet from the nearest blue light pole, a common safety initiative on college campuses.

Since its founding in 2014, POM has partnered with 35 university campuses and hospital networks across the U.S. to enhance their safety protocol. The digital security devices have been used by new graduates and medical professionals to keep them connected to emergency services in their most vulnerable situations, preventing over 2,000 serious crimes spanning from domestic violence, sexual misconduct and medical emergencies.

Last week, POM Partners announced it had completed a $3 million Series A funding round, led by Cayuga Venture Fund.

“POM stands for Peace of Mind,” Leahy told ROI-NJ. “We’ve been primarily in the safety space. What we do is we provide a proactive security portal that connects people, whether it’s individuals, employees or students, directly with the help they need when they need it.”

POM SAFE is essentially a personal safety service enabled through a device about the size of a half dollar.

“It’s a keychain-sized device,” Leahy said. “You could also use the app on a phone. But what it does is, when activated, it connects you directly with the nearest emergency responders, sending critical information, your GPS location, your personal profile, picture, medical conditions, emergency contact info and it opens up a two-way voice call through the device itself.”

“The person on the other end of the phone knows you, so it’s a much more proactive system,” he said. “They know what you look like, they know any medical conditions.

“So, they already know before (first responders) show up on the scene, which facilitates a better response, better care and a faster, more reliable way of getting help in an emergency than say the alternative, which is taking out your phone and calling 911.”

This year, POM Partners released POM TRACER, an enterprise-grade contact tracing system designed for schools and offices looking to safely transition back to in-person settings. They already have a dozen clients. Leahy said privacy for users is ensured.

“We use proximity-based contact tracing, meaning it does not do any GPS locating,” he said. “It doesn’t track you.

“What we do is anonymized proximity contact tracing, so the devices will know when they’re within 6 feet and 15 minutes of each other, which is the CDC guidelines for close contact. And they’ll store that information in our software.”

Here’s how the contact tracing would work, Leahy said.

“Say it’s deployed at the Lawrenceville School,” he said. “They’ve got 1,400 students, faculty and staff members that are all carrying POM TRACERs around. Say a student tests positive for COVID. They would run that students’ information through our system, and they would see the people that came in close contact with that student.

“So, instead of having to shut the school down or quarantine the entire dorm, it can pull out the 12 people that came in close contact with them, put them into a protocol and then continue on with everybody else on campus that it doesn’t have exposure.”

The recent funding announcement is exciting for POM Partners, a now-15-person team headquartered in Newark and previous participants with the Newark Venture Partners program.

“We are proud to announce this capital infusion that will speed up product development and enable us to further scale,” Leahy said. “We are motivated by the success the company has experienced to date and look forward to a brighter and safer future, enabled by POM.”

Bayer acquires AskBio for $2B now — up to $2B later

Thomas Edison U., with support from PSEG Foundation, expanding offerings in Military and Veteran Portal

Health Care Tom Bergeron - October 26, 2020
Newark Mayor Ras Baraka isn’t taking any chances with a second wave of COVID-19 in the city. Baraka announced Monday that the city will close...

Health Care ROI-NJ Staff - October 26, 2020
For many, a potential COVID-19 vaccine has marked the finish line of the long nightmare being lived by so many since March. With President...

Tech ROI-NJ Staff - October 26, 2020
Princeton Plasma Physics Laboratory will host a virtual Industry Day from 1-4:30 p.m. Tuesday — in an effort to inform business owners about a...