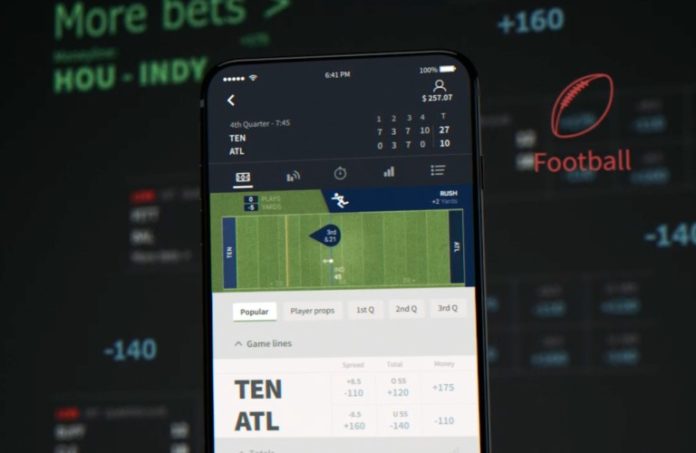 Tipico, one of the 10 biggest global sportsbooks, hopes to have its sports app available in the U.S. in the coming weeks — and has plans to launch a huge marketing campaign to promote it.

For now, the company is making an investment in people. In New Jersey.

The European-based company, which received conditional approval from the New Jersey Division of Gaming Enforcement to operate here earlier in the week, has been on a hiring binge since the spring.

Lisa Villarreal, the director of human resources for the company, told ROI-NJ its numbers have grown from five in May to 20 today. She said the company, which has more than 1,800 employees worldwide, hopes the headcount at its new office in Hoboken will hit 30 by the end of the year — and most likely will double by this time next year.

“We have a lot of open roles right now, really focusing on tech, because everything we create, we create ourselves,” Villarreal said. “At heart, we’re really like a technology company — building everything on our own. So, it’s really exciting.

“We have some lead roles, some developer roles, and engineer, data and product management roles. There are all different types of tech, from front end to infrastructure. You name it, we’re hiring for it.”

Officials for Tipico, which was founded in 2004, said the company already offers digital and mobile betting across 30 different sports and invests heavily in the development of technologies. So, despite having a huge presence in Europe — most notably, Germany, where it is the No. 1 sports betting app — the company wanted to start the U.S. version of its company from scratch.

Tipico officials say they have built a new and proprietary online sportsbook offering that is tailor-made for the serious U.S. bettor and inspired by decades of experience as an international leader in the sports betting and mobile iGaming space.

Wagering on live sports markets across the globe, with odds managed by Tipico’s in-house trading team, will be available 24/7, the company said.

The company has an agreement with Ocean Casino Resort in Atlantic City — and said it expects to make an announcement regarding details of the partnership later this fall.

While the nearly two dozen employees are working from home from now, Villarreal said the company is putting the finishing touches on its new office in Hoboken and hopes to move in by the end of October.

And, while Tipico may eventually expand outside of New Jersey, the state makes sense to serve as its U.S. headquarters, Villarreal said.

“New Jersey is a great state to expand in, just because of the growth opportunities here,” she said. “It’s one of the biggest mobile sports betting audiences in the United States and it’s really mature in our regulatory and licensing environment.

“So, we are super excited to be a part of the sports betting industry in the U.S., and especially in New Jersey, because New Jersey is one of the hardest states to get a license in.”

Adrian Vella, managing director, U.S. business, for Tipico, said the state offers everything the company is looking for.

“With an incredible pool of local talent in the metro area, we’re thrilled to establish our headquarters in Hoboken and continue expanding our team,” he said. “We’ve dedicated significant time and energy to build a long-term foundation for the U.S. market, and today marks an important milestone in that journey for Tipico.”

The next step will be the official launch.

“Regulatory approval from the state of New Jersey is another significant step toward introducing U.S. consumers to our unique sports betting platform,” he said.

The ultimate in pet-friendly: Bark Building concept coming to Bayonne