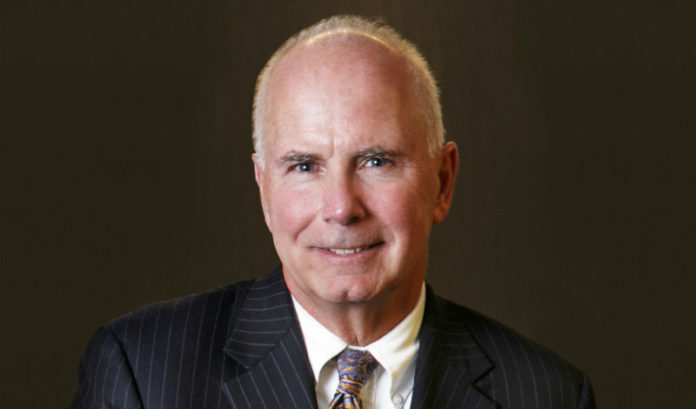 Kevin Cummings is a highly regarded banker with a love of history and a great sense of humor. Expect all three to be on display when he gives a virtual keynote Friday morning at Manufacturing Day 2020.

Cummings, the head of Investors Bank, loves Winston Churchill and loves to throw out some of the great lines attributed to the Prime Minister of Great Britain in World War II — a man considered one of history’s greatest leaders:

Seriously, this keynote could have the feeling of a roast.

It won’t, though. Cummings knows these are serious times in manufacturing and the economy in general. It’s time for the state to find its leaders — and Cummings will make it clear that Investors is there to help.

“The first thing we have to do is control the fear,” he told ROI-NJ.

Then we have to get to work.

“Be optimistic,” he said.

There is reason to be, Cummings said.

“The numbers, as we look at the economic results in July and August, were much better than I think we anticipated,” he said. “The unemployment numbers, consumer spending, were better than anyone thought they would be.”

“The Fed has done everything they could to help banks,” he said. “The regulators, the AICPA, the treatment of deferred loans has allowed banks to stay liquid and continue to support the communities.

“Despite all the noise that’s out there, all the rhetoric in Washington and all the different places, it really could have been a lot worse. We could have had banks just freeze lending altogether. But the decision-making of the Fed and Congress, including the CARES Act, was great. The way they worked together and got things done was great. That’s what we need to do moving forward.”

The event, sponsored by New Jersey Manufacturing Extension Program, celebrates the Made in New Jersey mantra that so many in this state want to push.

It’s an idea that would give our economy — and our middle-class workers — a push. So, it’s no wonder it has surpassed the 1,000 mark of attendees, a new record. (Register here.)

Cummings isn’t surprised. He said he feels the pandemic is providing a great opportunity for the manufacturing sector.

“The one thing this pandemic has emphasized or highlighted is the need to get some of the supply chain back on American shores,” he said. “I think that is going to be a focus going forward for our manufacturing base. The problems with outsourcing those jobs and those processes has really come front and center as a result of this pandemic.”

The solution is more growth in the U.S., and in New Jersey, he said.

Cummings said he hopes those solutions will start with the feds. He hopes they can come together for another bill to continue to support the economy. Banks, Cummings said, have a role to play, too.

“As companies look to expand, they need to talk to their banker early on in that process — whether it’s for lines of credit, equipment, financing or just general capital to fuel the expansion of the company,” he said. “Having those conversations early and often are probably most important.”

And he said the first in line will be companies with great leaders. After all, it would be hard to judge any company based on its 2020 numbers.

“This is where the rubber meets the road,” he said. “We’ll be looking for financial stability and the financial staying power of the company.”

Cummings said it comes down to the five C’s of credit: capital, condition, capacity, collateral and character.

Cummings knows his industry. He has helped make Investors a household name in New Jersey, a bank that serves the New Jersey business community — and the manufacturing sector — well.

“Luckily for us, we’ve been building out that part of our business for a long time,” he said. “We started a transition from a thrift to a commercial bank, probably 15 years ago. Over the last seven years, we’ve built a $3.5 billion commercial book.”

The impetus to do this may have come from the saying attributed to a great American business leader.

It’s a message Cummings said he’ll pass along to manufacturers: