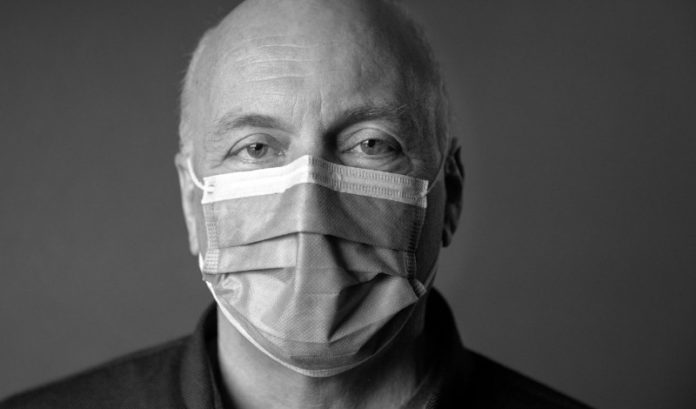 By Day 8 of his quarantine — or, after roughly one week of convincing himself that he didn’t really have COVID-19 despite the positive test — Mike Maron got the wakeup call. Or, rather, the message that it was time to go to bed.

Maron, the CEO of Holy Name Medical Center, said it came on suddenly.

“I remember I was on a video call with Dr. (Adam) Jarrett, our chief medical officer, and I just told him, ‘You’ve got to take over,’” Maron said.

After that, Maron said he crashed for hours. And those hours soon became days.

“I would say it was three or four days that I was totally wiped out,” he told ROI-NJ. “I was just totally fatigued. And any kind of stress, any kind of energy-consuming action during those days, would force me to crash.”

We thought of Maron when President Donald Trump announced early Friday morning that he had tested positive for COVID-19. Hours later, his chief of staff, Mark Meadows, announced the president is showing mild symptoms. The plan, for now, is for Trump to isolate at the White House — but to continue working.

That was Maron’s plan, too.

He just said Trump, 74, should not go into the next two weeks trying to pretend he doesn’t have the virus — even if he feels that way.

“My advice to him would be this: You have to reevaluate how you feel, every minute and every hour of every day,” Maron said. “And, even though you may feel fine, don’t say, ‘I tested positive, but I don’t feel a thing, so I’m not going to change my behavior.’ That would be a mistake.

“Heed the positive test result with all the caution that it deserves. Isolate yourself and handwash regularly. Rest as best you can. If you feel good, do what you can do, but be concerned. Be diligent, be extra cautious. Assume the worst so that you plan for that. That’s the best way to keep everybody around safe.”

“The new video technology gives you the ability to have face-to-face conversations,” he said. “It’s pretty effective and very efficient. In fact, if you adapt to it well, you can get a lot more done — and without the stress of having to move around from room to room or place to place. There’s an efficiency there.”

Post-quarantine work will be different, too.

The fatigue will still be there, Maron said.

“I was really only at 60-70% of where I usually am when I came back,” he said. “Maybe I should have stayed out more than two weeks, but I felt an obligation to come back.”

Maron, however, hopes Trump will feel differently about himself when he returns. Maron said he’s not the same person as he was before — and it’s not just because he’s still down 10 of the 20 pounds he lost due to a lack of appetite.

“Having gone through that experience has absolutely heightened my attention to my physical condition and well-being,” he said. “This compelled me to be a little more cognizant of my health.

“I exercise more regularly. I’m more aware of my stress levels and I know I need to work that stress off with exercises. And I’m very conscious of my diet now than I had been in the past.”

Simply put, Maron is healthier than he’s been in some time.

“This is not the way I’d recommend anyone going about it, but this has helped me get into better shape,” he said. “I just had a complete physical — and it was the best physical I’ve had in 20 years.”

He’s certainly in far better shape than the day his body finally told him it was time to stop.

“This is a serious virus and you have to take it seriously,” Maron said. “You will be fatigued. There’s no way around that. You have to understand that, accept that and prepare for that.”

Chung: Why Asian business community must speak out about hate —...