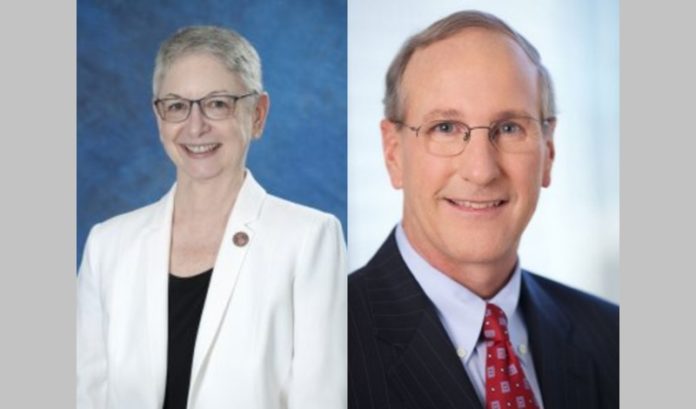 Susan Vallario was named the new chair of Ramapo College of New Jersey, the school announced on Monday.

“It’s an honor to serve with my fellow trustees, and to work with Ramapo’s very dedicated administration, faculty, staff and students to guide the college through these challenging times,” Vallario said in a statement. “Liberal arts institutions have much to offer as we look forward to the post-pandemic era, and Ramapo College — New Jersey’s premier public liberal arts college — is in a unique position to serve our state and community.”

Vallario, who is retired, began her professional life as a land use specialist for the state of New Jersey at the Hackensack Meadowlands Development Commission. After attending law school, she practiced land use, corporate and commercial real estate law at Beattie Padovano in Montvale. Subsequently, as vice president and co-owner of Kurt Versen Company, she was responsible for human resource management, financial management and regulatory compliance.

The school thanked Dator for his contributions.

During Dator’s tenure as chair, the college advanced a major renovation of its library and added a learning commons, secured a very positive reaccreditation evaluation from the Middle States Commission on Higher Education, introduced multiple new academic programs, enrolled its largest and most diverse classes to date and launched a national search for the Ramapo’s fifth president.

The school also celebrated its 50th anniversary, which was of special significance for Dator. A Mahwah resident and third generation real estate broker, Dator was part of the team that in 1970 sited the college at its current location in the foothills of the Ramapo Mountains.

Colman is the New York Metro Vice Chairman of PricewaterhouseCoopers. He has more than 30 years of experience of serving large multinational companies in the areas of accounting, auditing, financial reporting, mergers and acquisitions, and risk management.

Colman previously served as the firm’s U.S assurance managing partner, leader of PwC’s National Office, and vice chairman for the East Region. He has held various leadership positions within PwC, including the role of the U.S. advisory operations leader, overseeing business unit operations, human resources, learning, education, finance, marketing and communications. Colman has also served as a member of the board of governors of the Ramapo College Foundation since 2009.

DeCroce says education is next department that needs to be audited

At Princeton, ability to test students on-campus twice a week is...