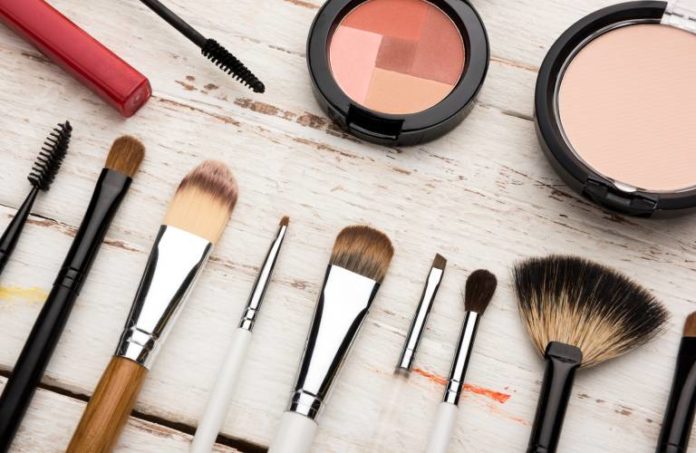 Those handling the supply chain for cosmetics and other beauty products — when remote work made an occasional Zoom call became one’s only regular public appearance — had a big job as well. That is, they had to keep their doors open.

Warehousing and distribution company Packaging Distribution Resources, as a supply chain stalwart of the world’s top beauty brands and retailers, had to endure a massive shift in customer demand and find new ways to do business.

The Edison-based company’s CEO, Jack Sandbach, said the beauty industry was reliant on in-store experiences with customers, and a lot of the supply chain was set up to serve that market.

“And, so, for us, that’s led to a sudden uptick on one side, the web orders, and a drop in the other, the retail orders,” he said. “Even as the Walmarts and Targets of the world kept going, retail was mostly very quiet throughout March and April.”

Sandbach guided the company through the Great Recession’s downturn around 2008. Overall, global sales of beauty products didn’t massively decline during that economic crisis, but the COVID-19 crisis has brought those declines.

Consulting and research firm McKinsey & Co. recently reported that in-store shopping at brick-and-mortar drugstores, grocery stores and beauty product-dedicated retailers accounted for about 85% of purchases of these products prior to the pandemic. Even millennial and Gen Z shoppers did upwards of 60% of their purchases in stores.

According to the firm, those in-store sales sank during COVID-19’s spread. And, while e-commerce in this segment has doubled during that time, the increased online sales are not exactly offsetting all of the diminished in-store business.

Sandbach said, however, that, as of mid-June, retail business started picking up again, restoring the need for that half of his company’s supply chain services.

In the meantime, the surge of e-commerce activity in an industry once guided by retail sales spared the company’s back end from significant harm. Sandbach said it took some reorientation of his operation, including adding new sections for packing and assembly for e-commerce orders.

His biggest concerns, however, weren’t actually the industry’s retail declines. They were two-fold: He had to reconfigure his staff for social distancing, and make sure they had a place to continue to work.

“My biggest concern actually was renegotiating the lease on our facility,” he said. “We made a fair deal with the landlord, which is great because, with the low vacancy of (logistics-related) spaces, it would’ve been impossible to find a new giant facility that has good access for trucking companies.”

He also had to split up workers across four difference warehouses and rearrange work shifts to ensure workers were in compliance with social distance mandates.

The realignment was a challenge, and it certainly didn’t help that there was a troubling dearth of activity in the brick-and-mortar beauty market that the company has long serviced.

“But, right now, thankfully, we’re firing on all cylinders,” Sandbach said. “From what I see, the fall looks like it’ll be strong. I expect, even if we’re booming right now across all areas of business, the uncertainty will come maybe in the winter again.”