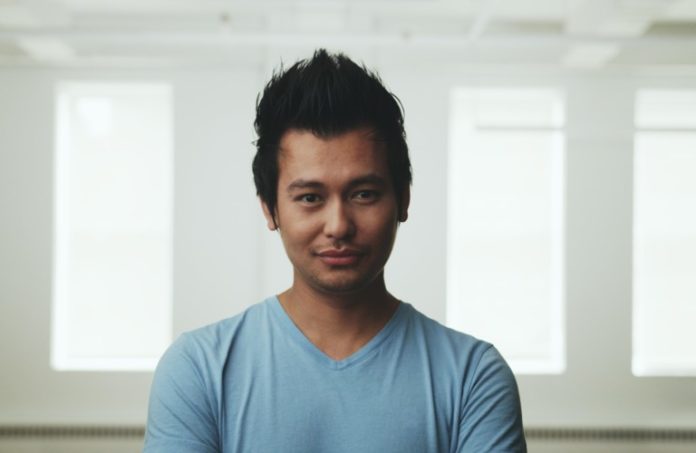 Khoa Le became an entrepreneur in 2005.

Then, in 2020, he became an entrepreneur once more.

The 16-hour workdays that stretched into weekends — the hustle, determination and drive that he needed when he launched his company, KVibe Productions — was all called for again when the pandemic pulled the rug out from under his business. The demand for wedding videos, films, commercials and a lot of the firm’s other multimedia work all but disappeared.

After settling into a steady stream of video production contracts over the last few years, Le said the nearly overnight evaporation of millions of dollars in revenue threatened to undo everything the 20-some employees of his Jersey City business had built. Le laid off seven employees, and worried that might just be the start of worse still to come.

“So, I had to tell our team, there’s a mindset shift everyone needs to be prepared for,” he said. “We have to think like entrepreneurs, like a startup again. … That means there’s no eight-hour days. I had to say, ‘If you think of this as a 9-to-5 thing, you might as well pack your bags.’ It would be impossible to stay in business that way.”

Le wasn’t asking his team to do anything he wasn’t himself. He had already warned his wife that, during the COVID-19 economic shutdown, if he was going to keep his business alive, he was going to have to work nonstop.

Like a scientist locked away in his lab, Le experimented with what a company like his could do to recuperate revenues during the still-lagging business environment. In the process, he concocted a new strategy. He wanted to go after the video-conferencing market.

“What I saw was potential for new capabilities in live streaming,” he said. “That really opened my mind to what was needed to propel us forward. We started to focus on building a virtual platform for virtual galas and conferences. And, apparently, we’re heading in the right direction, because we’re gaining new business and requests from companies all the time.”

The pitch he brewed up for big-name corporate clients goes something like this: Do you want your next Zoom call to look more like one of CNN’s live broadcasts?

Le alluded to a positive response from some major new clients — including perhaps the most major client imaginable, the Federal Reserve. KVibe is now handling the agency’s webcasts.

Prior to the pandemic, neither he nor anyone on his team had an abundance of knowledge about what might go into improving the webcast or virtual conference experience. Le credits his team’s willingness to work around the clock to learn everything required to make that pivot, which wasn’t the only pivot the company had to make.

Although the Jersey City company is still wrapping up production on two music-related documentaries, the firm mostly transitioned away from on-site filmmaking to animation work when the industry’s contracts dried up. That required totally new skillsets, as well, Le said.

“The team practiced and practiced and did demo after demo — doing all we could to build up these capabilities,” he said. “We did a phenomenal job.”

Le said the Paycheck Protection Program funds his company secured were instrumental in buying the company the time it needed to develop the requisite skills and bring in new business.

“That program tremendously helped us,” Le said. “It came just in time to ensure we could keep the doors open, to stay afloat.”

The Thailand-born entrepreneur is poised to continue growing a business that started off as a glorified hobby while Le worked for Ernst & Young, or EY. He quit his comfortable job in 2013 to pour all his attention into the business.

The universal move toward video-conferencing technologies at companies such as that multinational accounting firm — his first client, and still one today — has given Le’s company some large potential clients for their new segment of business.

But, not all pandemic-inspired trends have been welcomed by the entrepreneur, who heads the Northeast arm of the U.S. Pan Asian American Chamber of Commerce. Coming from the melting pot of a Jersey City upbringing, Le was alarmed to see the animus directed at Asian cultures during the spread of COVID-19.

“For example, my wife had people enter her store — she runs a nail salon — and ask, ‘Hey, are you Chinese?’” he said. “They didn’t want to do business with her if she was. And she got that quite a few times.”

Le would like to do more work through the local iteration of the U.S. Pan Asian American Chamber of Commerce to promote his community’s entrepreneurs in the future — once his own entrepreneur work schedule has calmed some.

In the meantime, he’s glad that his multimedia and marketing company is proving resilient, even with the countless other businesses derailed by COVID-19.

“If your business was already tanking before the pandemic hit, frankly, it was just going to speed up the process of you becoming obsolete,” he said. “The fact that we’re still surviving that means we were already in a good space. And we had the capabilities — and now we have more.”