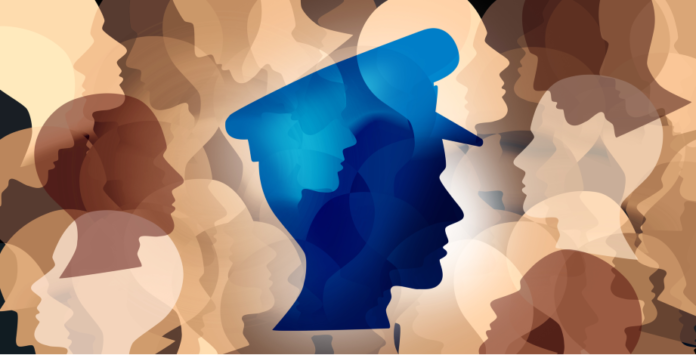 A long-running Rutgers University program, the Center on Policing, and PSEG announced an initiative Tuesday that is intended to improve police departments’ relationships with communities of color by proactively addressing practices that result in impartial policing.

As part of that, the PSEG Foundation will be pitching in $300,000 to fund the Community Engagement Police Reform Program.

Linda Tartaglia, director of the New Brunswick-based Center on Policing, explained that it is a resource center that aims to bring in law enforcement agencies for proactive reviews and possible revisions of outdated policies and training curriculum.

“The funding will help us develop this center as well as bring in subject-matter experts to give these agencies a hands-on approach with rewriting policies and providing the technical assistance needed,” she told ROI-NJ.

Tartaglia added that law enforcement agencies sometimes have no idea whether their own internal policies reflect best practices — or whether their operational tactics are seen as appropriate. Additionally, she said community feedback on said policies hasn’t always been incorporated in the past — or in any way considered. That’s exactly what this new initiative is trying to fix.

“One of the issues here is departments are always doing this in a vacuum,” Tartaglia said. “That means not having the community involved. So, we strongly suggest bringing people to the table to develop policies and training curriculum in a more collaborative fashion. That’s something that’s being done in Newark and other cities, not just in New Jersey but around the country.”

The Rutgers University Center on Policing long predates the recent calls for police reform. The organization, formerly known as the Police Institute, was formed almost two decades ago with a mission of integrating research and evidence-based best practices into police operations.

“Some of the incidents in the past few months have had a tipping point effect,” Tartaglia said. “These issues have been building for some time, but finally a single issue may break through and then a demand for action is heard. I think that’s why what we see is going on right now.”

The $300,000 from PSEG marks the first grant from the philanthropic arm of the energy company’s Powering Equity and Social Justice Initiative. That initiative, launched in June, vowed to provide $1 million to support groups that address racial injustice, inequality and human rights in communities of color.

Rick Thigpen, PSEG’s senior vice president for corporate citizenship and chairman of the PSEG Foundation, said the partnership is just a first step of the initiative.

“Working with the Center on Policing supports efforts to more effectively protect the safety of our communities in New Jersey while taking steps to help make the goal of providing equal justice a reality across our state,” he said.

“The PSEG Foundation’s partnership with the Rutgers COP is important to help bolster our communities during this much needed time of healing from all of the social unrest we are experiencing in our nation,” he said.

Peter Harvey, a former Attorney General for New Jersey, and a policy adviser to the Rutgers Center on Policing and independent monitor for Newark Police Division, said the grant is one of the most important actions that a company can take to address a critical area that has prompted the current national discussion on racial justice.

“This grant will permit police organizations in both New Jersey and the region to be proactive in their careful examination of their existing policies and training to correct practices that do not result in fair and impartial policing,” he said. “Hopefully, PSEG’s example will be replicated by other socially conscious organizations that are determining how they can be a change agent in American life on social justice issues.”

In its original announcement, PSEG presented the program as one that would be “building bridges between law enforcement and communities.”

Tartaglia said this grant will help do just that.

“We’re grateful to PSEG for having the desire to help in this area,” she said. “I think we all understand the need for the police, for public safety. I think this gives us an opportunity for us to help communities and police work through the complexity of the problems they’re facing today.”