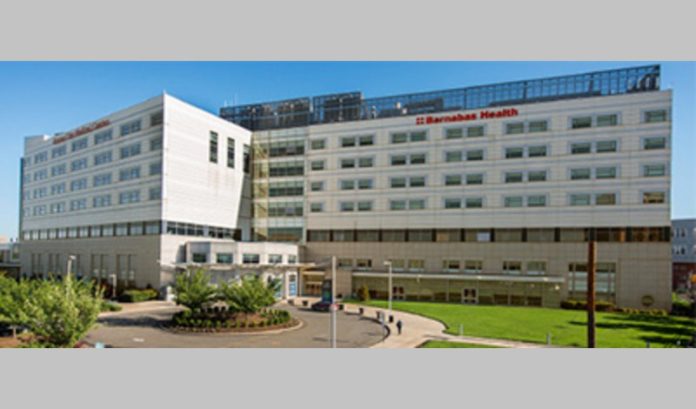 Michael Prilutsky remembers it as a time when the entire staff at Jersey City Medical Center came together. A time when they put aside personal and safety concerns for their loved ones and did their jobs.

It was about serving the community. Their community. And it took place before anyone knew the words ‘coronavirus’ or ‘COVID-19.’

Prilutsky, the hospital’s CEO since 2018, tells the story.

“This sense of this community was really brought front and center to me back in December, when JCMC was in the middle of another crisis: The hate crime at the grocery store,” he said.

The shooting spree left one police officer and three civilians dead — and led to a lockdown of the city, with many students being kept in their schools until late in the evening.

Prilutsky said JCMC saw dozens of people — police officers and civilians — who were impacted by the incident.

And since more than 40% of the hospital’s staff lives in Jersey City — an unusually high number — many staffers knew many of the people coming in or those locked down because of it.

“All these folks working in the hospital stayed here, because we were in lockdown,” he said. “We were providing the emergency services while they were worried about their kids, who were locked down in school, and their parents, who were locked into their homes.

“There’s so much overlap between the people that work here and the people on the police force and the fire departments and all those first responders that are outside the Medical Center. There’s just an incredible connection to the rest of the city from the medical center.”

This bond is what makes JCMC unique, Prilutsky said. A true community hospital.

That was evident when the hospital was one of the many in Hudson County and North Jersey that was overrun by the first wave of COVID-19 in the spring. Prilutsky said he was proud of the way the team handled the crisis — another notch in a legacy that includes stellar service during the Hoboken train crash, the plane landing on the Hudson in 2009 and 9/11.

Prilutsky said this sense of community is why JCMC never went on divert during the COVID crisis and never stopped delivering babies — the only hospital in the county that can make the claim.

“We couldn’t,” he said. “We had staff meetings where I said to folks, ‘If an ambulance anywhere in Hudson County needs to come here — and we say, ‘No’ because we’re full — where the heck is that patient going to go? There are no options. We have to figure stuff out.’ And we did.

“That’s a vignette into what we think our contribution and standing is in the county now and what it will be in the future.”

The same went for labor and delivery, Prilutsky said.

Prilutsky said there never was much debate in the meetings.

“It’s an easy sell to say, ‘We’re not going to go to divert despite the crisis; we’re going to take everybody in,’ because it’s so many of our own friends and families that we are taking care (of),” he said. “To have 40% of your workforce in the city where you are is pretty unique.”

Despite COVID-19, the investment continues.

The hospital campus already was one of the largest in Hudson County when it announced in August a major expansion, that will include 60,000 square feet of new facilities, including a state-of-the-art emergency department, surgery suites and increased rooms for inpatient and other services.

This fall, it announced an expansion of the Women’s Health Center at Grove Street, where women can get their first gynecological exam, pre-natal care during pregnancy, maintaining wellness or post-menopausal care.

Prilutsky said this will offer women convenient access to the highest level of medical care and represents a leap forward in Hudson County health services.

Prilutsky said the expansion will be felt in many areas:

Prilutsky feels this expansion will help JCMC further solidify its status as the hospital for Hudson County, not just Jersey City.

“Jersey City is unique,” he said. “It has its own set of vibes in it. But at this point, we truly look at ourselves as a Hudson County resource. We’re beyond Jersey City, and we’re proud of it.”

Zelis Healthcare acquires NetMinder and its parent, The Ignition Group