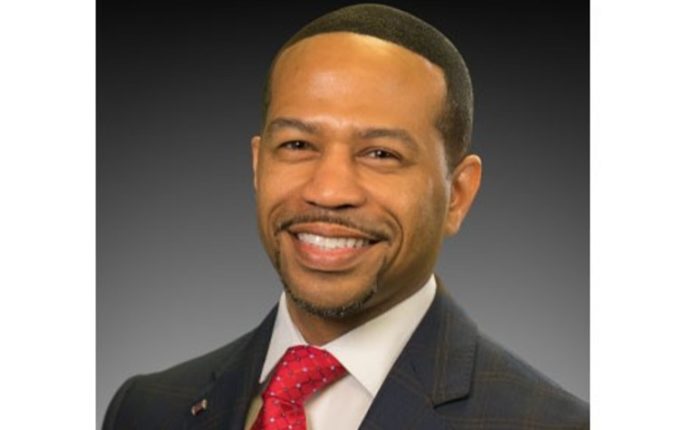 It’s a goal that aligns with the social discourse of the summer.

And, yet, the desire of a major hospital system in the state to hire more people of color as doctors and nurses — providing both an opportunity that for decades has been partially denied, while addressing the fact that COVID-19 disproportionally impacted people of color — is not as easy as it sounds.

The good news for Morristown-based Atlantic Health System is that Armond Kinsey is well aware of the challenge he and the organization are facing.

Kinsey, a vice president and chief diversity officer, is charged with leading a transformational agenda to infuse diversity and inclusion throughout the organization. Doing so is a challenge.

“We’re really focused on increasing minority physicians and nurses and executives across the system,” he said.

Kinsey, speaking on a recent webinar by the Morris County Chamber of Commerce on diversity and inclusion, said recruitment is a process.

“We’re really trying to hone in on where the talent is, and how do we extend our reach,” he said. “We’re looking at residency programs at Historically Black Colleges and Universities, such as Howard and Morehouse and others.

“Extending our reach is going to be the key.”

But here’s the most important part: Finding potential interns and employees is just the start. What comes next is just as important, Kinsey said.

It starts, Kinsey said, with just getting the people in the building.

“We’re looking at identifying some clerkships, which will open the door for third-year minority students in medical school to come stay with us for a month and get a feel for what it feels like in the hospital,” he said. “They’ll have a sponsor. They’ll have a mentor. It’s really just to remove the barriers.”

Those barriers can be great. For too long, they have stopped the process. Kinsey said Atlantic is determined to change that.

“If you need a stipend, we’ll help you out,” he said. “If you need housing for that month, we’ll try to help you out. We don’t want those things to be the reason why some minorities are not looked at for some of these opportunities.”

The potential payoff is huge. And not just for Atlantic. It’s more about the population it serves, Kinsey said.

Kinsey said having more doctors and nurses of color would help Atlantic — would help any health system — serve populations of color.

This isn’t about checking a box and saying you have more health care professionals of color — it’s about making a difference. COVID-19 has made it clear that people of color are impacted in different ways.

“We saw the disproportionate impact in Hispanic and African American communities as it relates to COVID, across the country and here in New Jersey,” he said. “Two things come to mind when we think about that: communication and access.”

Did those communities have access to timely, equitable health care — and were they getting the communication as timely as the rest of the country, Kinsey asked and then answered.

“We do know that there was a lack in communication in some communities because things weren’t being translated into certain languages,” he said. “The CDC had information on their website available in multiple languages, but at the local level, not all medical centers had that available.

“So, in some communities, we saw a three- to four-day lag time between people understanding what was social distancing, what was hand hygiene, because it wasn’t available in their preferred written and spoken language.”

“There were a lot of drive-through testing sites,” Kinsey said. “But what if you didn’t have a car? You know, what do you do in that situation?”

Kinsey said one of the things Atlantic did solve was increasing the representation on its telehealth lines.

That’s just the start, however.

“I think we have to have the philosophy, particularly in health care, that someone’s health care begins before they get our ER,” he said. “What can we do to be good stewards of our community and of our neighbors to make sure that we can help them before they come up with an ailment.”

It’s all about understand these communities. Having more people of color on staff will help health systems do just that, Kinsey said.

“We have the data to see what sections of the community have larger numbers of hypertension, diabetes and obesity,” he said. “The worst thing you can do is go to your physician, have them give you a prescription, and they say, ‘Take this medicine after you eat a full balanced meal.’”

Kinsey asks: What if you don’t have resources to get a full balanced meal?

“There’s some space there for us to fill that gap,” he said. “For us to connect the dots and be good civic stewards of resources.”

Another viewpoint: Women need to be seen as leaders