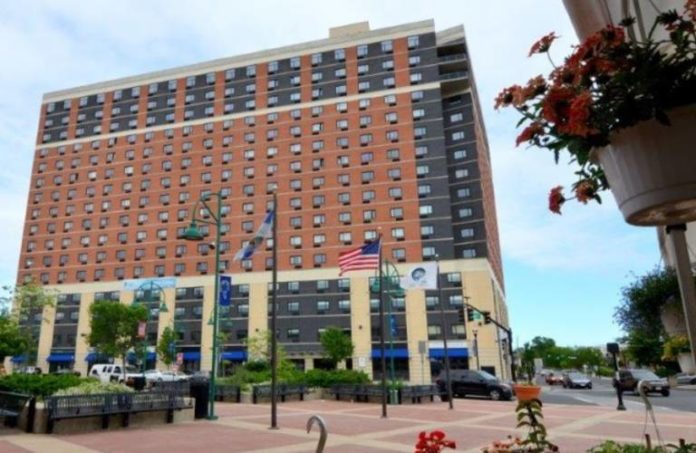 A group of 160 condominium units at the Skyview Rahway property has sold for $26.5 million, according to Woodbridge-based real estate firm the Kislak Co. Inc.

The units at 80 E. Milton Ave. had been rented as apartments under the most recent owner, a New York City-based fund, the firm noted. The fund, which had financed construction of the property, had taken ownership after it went into foreclosure in the late 2000s.

“The seller was a New York City-based pension fund that originated the construction financing more than 10 years ago,” Jeff Squires, a senior vice president, said in a prepared statement. “After acquiring the foreclosed property, the lender halted condominium sales and rented the remaining unsold 160 units as apartments.”

The property, built in 2005 as Skyview at Carriage City Plaza, includes 20,000 square feet of commercial space and a hotel, as well as some individually owned condos, all of which were not included in the deal.

Kislak marketed the property on an exclusive basis, with Squires leading the assignment. Barry Waisbrod, another SVP, procured the buyer, an undisclosed firm from New York.

“There was fierce demand from our clients who were looking to acquire a sizable rental property in the heart of Rahway,” Squires said in a prepared statement. “With a bustling downtown, arts district and increasingly strong rental market, Rahway has become one of the most sought-after cities in the state among investors.”

The units — including 45 one-bedrooms, 102 two-bedrooms and 13 penthouses — were fully leased at the time of closing, Kislak noted. M&T Bank provided financing for the purchaser.

“The purchaser, who is based in New York, believes strongly in the central and northern New Jersey condo markets,” Waisbrod said in a statement. “Skyview was particularly attractive to them, given the property’s location, proximity to the train, design and excellent condition.”