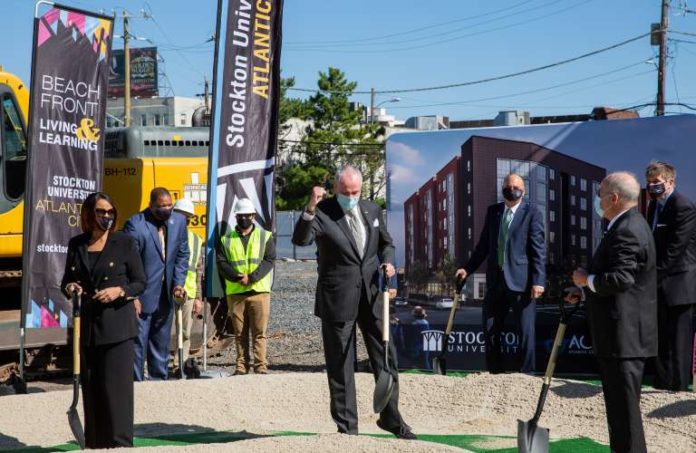 Stockton University broke ground for its Phase II Residence Hall in Atlantic City on Wednesday, with Gov. Phil Murphy and others in attendance.

The Galloway-based college said the six-story, 416-bed building will be built at Atlantic and South Providence avenues in the University District, across from O’Donnell Park and the university’s Atlantic City campus. The development is a public-private partnership with Atlantic City Development Corp., the nonprofit that developed the 2018 Gateway Project that included the Atlantic City campus and South Jersey Gas headquarters.

“I can’t wait to see this take shape,” Gov. Phil Murphy said at the outdoor ceremony. “It will create good jobs today, help prepare the next generation and diversify the economy of Atlantic City.”

The building is scheduled to open in 2023.

“This shows our confidence, not just in Atlantic City, but in the great state of New Jersey,” university President Harvey Kesselman said at the ceremony.

Perskie to be honored with Lifetime Achievement Award by Hughes Center...