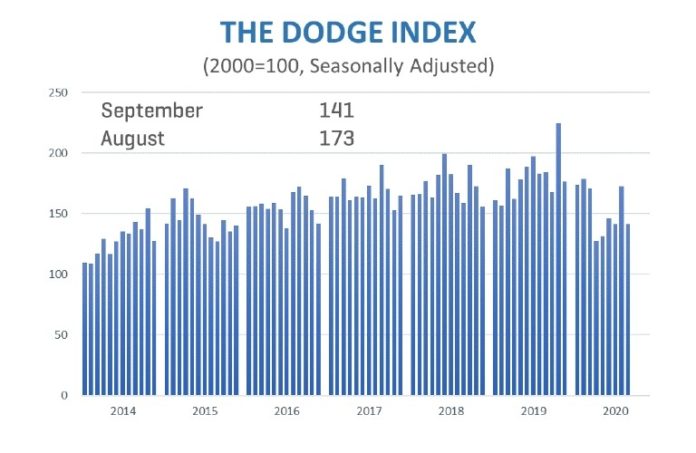 The firm said in its Dodge Index that total construction starts fell 18% in September, to an adjusted annual rate of $667.7 billion. While part of the decline may be due to several large projects starting in August, the rate also fell below the pace seen in June and July.

“That construction starts took a significant step back in September is disappointing, but also not surprising,” Richard Branch, Dodge’s chief economist, said in a prepared statement. “The economic recovery has lost momentum and is showing strain since support provided to consumers and businesses from expanded unemployment insurance benefits and the Paycheck Protection Program have expired.

“The worsening budget crisis for state and local areas has also slowed growth in public project starts, particularly in the face of a somewhat uncertain outlook for federal infrastructure spending programs. The road to recovery will continue to be uneven and fraught with potholes until a (COVID-19) vaccine is developed and widely adopted across the U.S.”