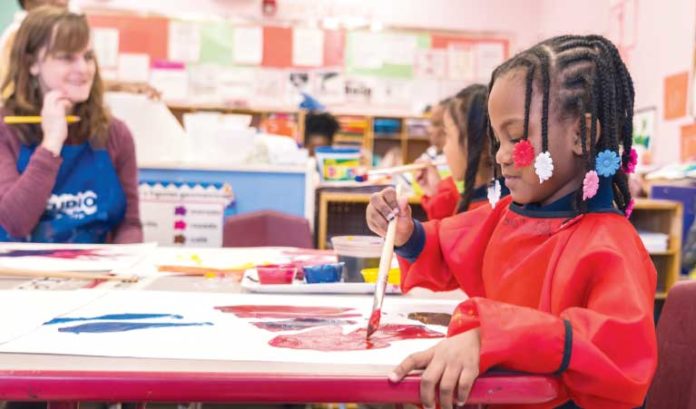 La Casa de Don Pedro, formed in 1972, emerged following a period of social unrest in the late 1960s in Newark. It formed as a community-based, grassroots organization committed to empowering the Puerto Rican and Latino communities. The organization was named in honor of Puerto Rican nationalist Don Pedro Albizu Campos, who advocated the twin virtues of self-sufficiency and empowerment, and was founded by Newarkers of Puerto Rican descent.

La Casa aims to reverse the trajectory of social, cultural, political and economic dislocations and marginalization of children and families.

The organization is aiming to remain nimble and responsive by assessing and addressing the immediate needs of the community, including housing and food insecurity, unemployment, lack of digital resources and mental health initiatives.

La Casa de Don Pedro, which serves upward of 50,000 people per year with its 280 employees, is a social service and community development organization with a mission of fostering self-sufficiency, empowerment and neighborhood revitalization through advocacy, education and support  in a culturally sensitive and caring environment.

The organization has made a concerted effort to address new (and ongoing) issues that have emerged or worsened in the wake of COVID-19. Recent initiatives include distributing 600 Chromebooks to preschoolers and adult education students in Newark to sustain educational programs virtually, distributing food to hundreds of families, as well as developing a rental relief program for households in danger of eviction.

La Casa de Don Pedro has a significant range of individual and corporate funding, including generous support by the Victoria Foundation, the Prudential Foundation and NeighborWorks America. Along with the banking sector playing a critical role, La Casa remains highly dependent on government resources.

On MLK Day, here’s the state of our state (for Black businesses)