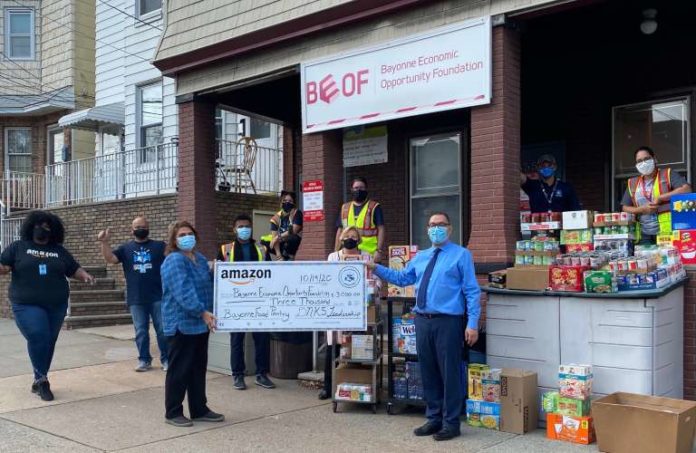 Amazon formally announced its newest New Jersey delivery station, located in Bayonne, is opening for business. The station, which will serve as a logistical waypoint between the e-commerce giant’s huge fulfillment centers and its drivers, was first announced earlier this month.

Amazon said in a news release Wednesday that the 188,000-square-foot center at 105 Ave. A will create more than 128 full- and part-time associate jobs, paying at least $15.75 an hour, in addition to hundreds of driver opportunities with Amazon Delivery Service Partners and the Amazon Flex program.

“We are looking forward to creating a long-term relationship with Amazon and are excited they have chosen to open up operations within our city,” Mayor James Davis said in a prepared statement.

As it has with other recent New Jersey delivery stations, Amazon celebrated the opening with a donation: $3,000 and more than 1,000 items including food, personal protective equipment and cleaning supplies, all to the Bayonne Economic Opportunity Foundation in support of its efforts to fight food insecurity.

“Restoring the old Best Foods site to an active, productive use while bringing jobs to our residents is a win for the city and Amazon,” Council President Sharon Nadrowski said in a statement.

Amazon is on pace to become New Jersey’s largest private employer, with upward of 40,000 workers in the Garden State.

From 3PL to PPE: That health care gear needed during pandemic?...