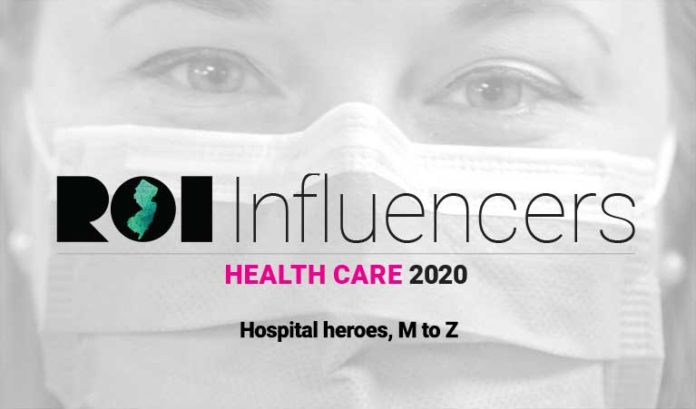 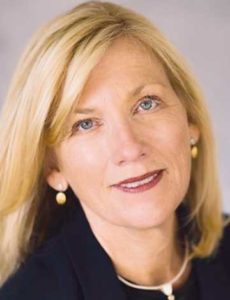 Mansue is now the head of Inspira, after previously serving as a VP and chief experience officer at RWJBarnabas Health. Those roles are enough to make the list, but Mansue also gets the nod for being Murphy’s point person for Central Jersey, easing the interactions and needs between the hospitals and the state at its most tumultuous of times. 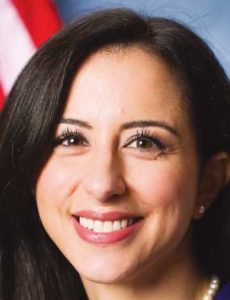 Maples oversees all of the legal matters of the only state hospital in New Jersey. In addition to the complicated nuances of state institutions, the COVID-19 pandemic brought a whole host of other challenges. Maples served as the Northern Region coordinator for Murphy — a job that required working with the hardest-hit hospitals as well as the activation of the field medical stations. 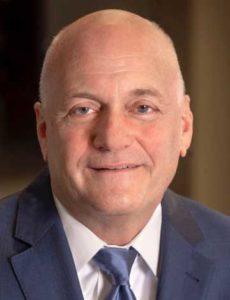 Maron received national attention when Holy Name was at the epicenter of the outbreak in North Jersey and sounded the warning — and then, again, when Maron himself came down with COVID-19. Through it all — even during his two-week isolation period — Maron guided Holy Name through some of the darkest days of the pandemic. 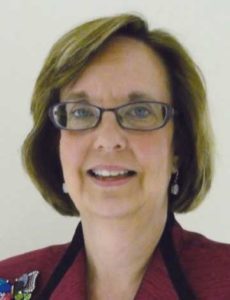 McTigue stepped up as incident commander at Trinitas during the entirety of the COVID pandemic. She coordinated efforts dealing with the care of over 1,500 patients. During the height of the pandemic, she oversaw the emergency construction of a second ICU unit, the conversion of offices into patient rooms and the doubling of the medical center’s oxygen supply. 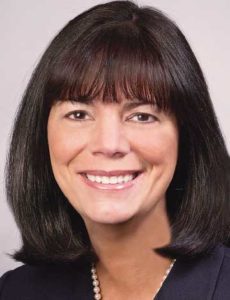 Valley Hospital in Ridgewood was among the hardest-hit medical centers in the state, treating more than 1,200 patients — including as many as 239 at one time. Meyers credits a daily safety and COVID briefing phone call as a key for helping Valley solve pressing issues regarding PPE and converting rooms to negative pressure isolation rooms. 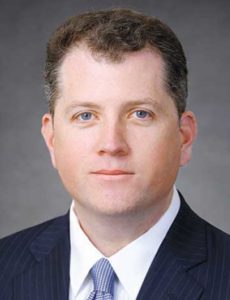 While COVID did not attack South Jersey as hard as the north, O’Dowd stood tall in two roles: Helping Cooper serve the residents of Camden and the area, and serving as the Southern Coordinator for all hospitals in regard to their dealings with the state — while instituting best practices and serving as a thought leader on new safety policies and protocols. 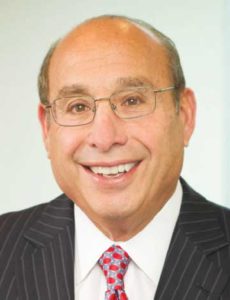 RWJBarnabas’ Ostrowsky is one of the state’s top health care leaders, and, during the pandemic, he showed why. He was ahead of the game, as he quickly realized the devastating impact COVID-19 was going to have not only on the health system, but the economy. Ostrowsky was the first top executive to suggest the state needed to be shut down — saying it at a time when few others agreed. And just weeks before the governor did just that. 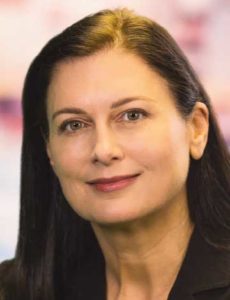 Perry was instrumental in ensuring Atlantic Health’s 400 sites of care and seven hospitals were fully prepared for every contingency affecting patients and caregivers. Under her stewardship, the health care system leveraged digital resources and data modeling to inform and expedite critical decision-making while transforming patient interactions through safe and convenient telehealth resources. 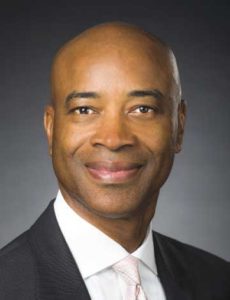 Pullin excelled as a communicator. In addition to a daily email — ensuring everyone was equipped with consistent information — he did video interviews with staffers (asking about their hopes and concerns), which built morale among the staff and connected the hospital to the community. In a time that will be remembered for ever-evolving information, Pullin stands apart for his commitment to accessible, reliable communication. 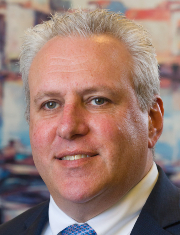 In a time of change, Sheris was determined not to alter the care provided by Atlantic Health physicians.  He oversaw the implementation of safety protocols and innovative technologies that empowered patients to connect with physicians in new ways — including in-person appointments in “waiting room-free” offices and tens of thousands of telehealth visits. 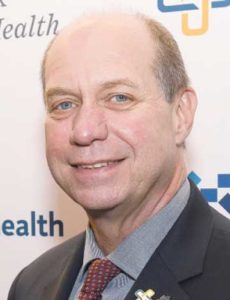 Slavin was in the middle of the pandemic like no one else. St. Joseph’s is located in the densely populated city of Paterson, and its St. Joseph’s University Medical Center stood at the epicenter of the pandemic as it quickly witnessed one of the largest amounts of COVID-19 patients in the state — with some of the most seriously ill cases.

In addition, Slavin assumed the role as the chair of the New Jersey Hospital Association, just days before the first COVID-19 cases began to arrive at hospitals. In this role, he provided counsel and guidance to both Murphy and Health Commissioner Judith Persichilli on behalf of the state’s 71 acute care hospitals.

Finally, while serving on the governor’s COVID-19 advisory council, Slavin helped initiate a multitude of measures to address the surging cases of coronavirus across the state. He was instrumental in helping to establish a statewide PPE distribution system, which ensured an equitable management and process for supplying frontline workers, including doctors, nurses, technicians and community EMS with the necessary items to safeguard them from the virus. 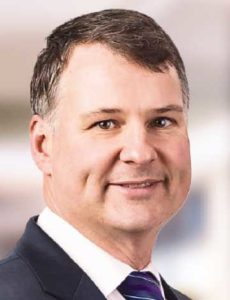 Sparta led the key expansion of the facility’s cafeteria to support an additional 74 beds and expanding the hospital’s lab capabilities to handle the increased numbers of samples that came as a result of the CDI-developed COVID-19 test. And then there’s this: Despite being the hardest-hit hospital in state, handling more than 500 cases at the peak, HUMC never went on divert. 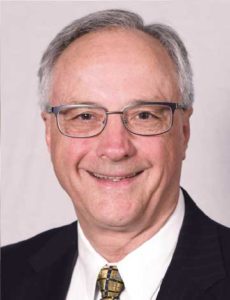 Stauder was coordinating the response and manning the network’s command center throughout the pandemic — including sourcing and managing the PPE, overseeing the various schedule issues with the workforce, coordinating bed capacity and the expansion of it. Stauder brought everyone together to make sure everyone was up to date on all policies and procedures related to COVID-19. 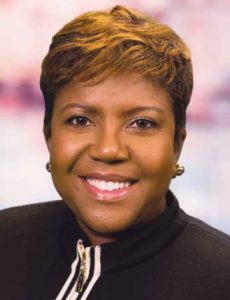 The pandemic was the professional challenge of a lifetime. Sumpter knew Atlantic Health’s caregivers needed to be empowered to succeed and generously supported.  That meant ensuring team members had everything they needed not only on the job, but at home.

Her efforts helped to provide supplemental child care resources, financial assistance for caregivers’ family members coping with job losses, and hotel rooms at the ready for physicians and nurses who sheltered away from their families to protect loved ones from possible infection. Simply put, Sumpter made sure Atlantic was taking care of the people who were taking care of the people with COVID-19.

While many health care systems nationwide were sadly forced to reduce their workforces, Atlantic Health avoided layoffs and was proud to provide pandemic pay and annual performance bonuses for caregivers. 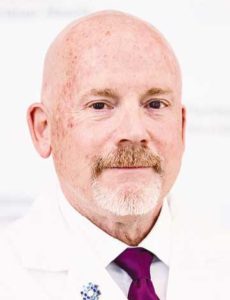 As the “Top Doc” at HMH, Varga managed the clinical response across the network in terms of clinical best practices and lessons learned in order to keep everyone — patients and HMH health care workers — safe. Varga had a knack for simplifying the most complicated medical issues and procedures, so it was no wonder he has been a frequent guess on CNN and other networks. 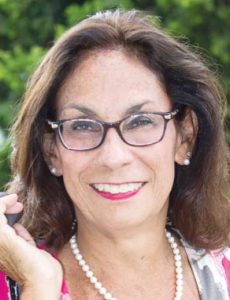 Visconi oversaw care at the state’s largest hospital in the state’s hardest-hit county. Bergen New Bridge adopted a universal masking protocol before guidance mandating such was issued — and it led the way in testing, with a focus on bringing tests to underserved communities. On campus, it quickly increased capacity by 130 beds by building alternate care facilities. 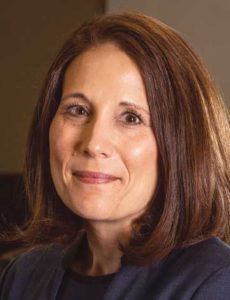 Wang, who previously served as the director of simulation education at Holy Name, was one of the many at the hard-hit hospital who stepped up when COVID nearly overran the facility. Her steady guidance in the opening months is one of the reasons Holy Name emerged as a national model for success.