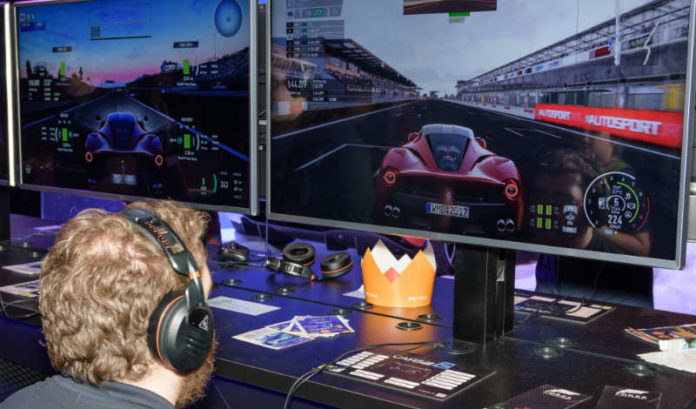 Esports Entertainment Group entered into an agreement to acquire ggCircuit and Helix eSports LLC in a deal valued at approximately $43 million.

CEO Grant Johnson said the acquisitions help round out the lineup at Esports Entertainment Group.

“With the acquisition of Helix and ggCircuit, we have created the most diversified, U.S.-listed esports entertainment asset in the entire ecosystem,” Johnson said in a statement.

“These acquisitions significantly strengthen our Three Pillar Strategy, adding state-of-the-art esports entertainment centers, an esports-focused vertical enterprise software business, a best-in-class esports analytics platform and a player-vs-player skill-based wagering platform to our diversified asset base. Together with what we’ve already built and further near-term acquisition opportunities, Esports Entertainment Group is well on its way to becoming a global industry leader.”

Esports Entertainment Group is a licensed online company with a specific focus on esports and gaming. The company, which holds a license to conduct online gambling and 18+ gaming on a global basis in the U.K., Ireland, Malta and Curacao, maintains offices in Newark as well as the United Kingdom and Malta.

Johnson said he feels the acquisitions will adds 2 million unique gamers to its platform, add more than 1,000 connected locations and a state-of-the-art analytics platform as well as build its presence in the U.S., as Helix eSports owns two of the five largest esports entertainment centers in the country.

In addition, Johnson feels the deal will add safe and regulated player-vs.-player wagering opportunities with Helix’s LANduel platform, which is in a pilot program with the New Jersey Division of Gaming Enforcement.

Here’s more on the acquisitions:

ggCircuit: It is a B2B software company that provides cloud-based management for LAN centers, a tournament platform and integrated wallet/point-of-sale solutions for enterprise customers. ggCircuit has over 1,000 connected locations and has worked with enterprises such as GameStop, Dell, Best Buy and Lenovo as well as universities such as Ohio State, Syracuse and North Carolina. Its ggLeap product has over 60 million hours of usage by over 2 million unique gamers on tens of thousands of public gaming screens inside centers worldwide.

Zack Johnson, founder of ggCircuit, was pleased with the deal.

“We are excited to join forces with Esports Entertainment Group,” he said. “With our combined state-of-the-art platform and resources, I am confident that we will rapidly scale growth in the quarters ahead.”

Helix eSports: It owns five esports centers, including two of the five largest centers in the U.S., where they deliver customer service, esports programming and gaming infrastructure.

Helix offers a variety of experiences including casual play, competitive tournaments, STEM programming, high school leagues, large groups and esports bootcamps, all with the goal of leveling the playing field in esports and providing equitable access to technology. Their centers have become the destination for social and competitive gamers alike with monthly tournaments and unique experiences.

“Esports are already a billion-dollar opportunity and expanding at a CAGR of 24%,” he said. “With growing mass market appeal and a wealth of untapped opportunities, I am eager for Helix to become part of Esports Entertainment Group, where we can capitalize on the significant macro trends that will help catapult us to global leadership in this dynamic industry.”

Genji works with leading esports publishers and sports leagues, such as FIFA and the NBA 2K League, to power activities like combines, drafts and data-driven business decisions. Genji also has launched products into Helix eSports Centers that create customized tournament experiences, leveraging both idle computing capacity and unique proprietary data sources. Revenue streams include platform sales to publishers and leagues with plans to expand to all competitive players looking to enhance their gameplay through analysis, fair competition, and roster optimization.

Genji founder William Collis said he is thrilled to have a chance to work with Esports Entertainment Group.

“Some of the best publishers and leagues already rely on Genji as the trusted analytics provider,” he said.

LANduel also holds close relationships with several major game publishers to ensure events and wagering follow community guidelines. LANduel is currently working alongside the New Jersey Department of Gaming Enforcement on a pilot program. Once the model is proven at the Helix eSports locations, LANduel can easily be scaled to other centers throughout the US across the ggCircuit network, and eventually into the homes of gamers through ggCircuit’s proprietary at home product suite.