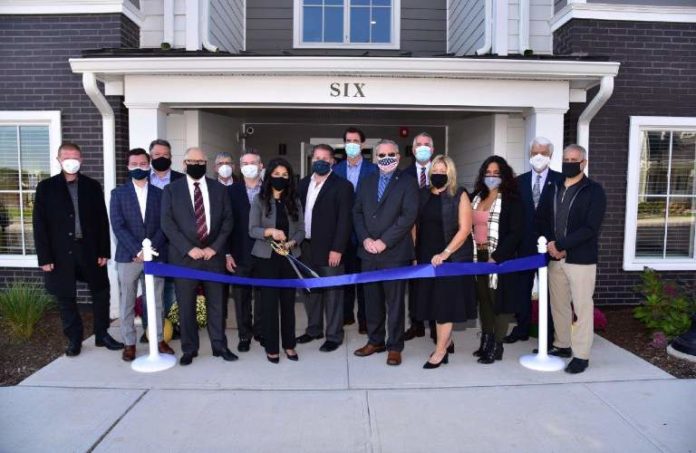 The developers recently celebrated the completion of an affordable housing development in Florham Park with a ribbon-cutting ceremony, they announced this week.

The development sits on eight acres donated by Rockefeller Group and developed for the United Way and Madeline, which will own and manage the facility.

“It is our privilege and honor to serve 102 individuals with developmental disabilities who will call Independence Way their home, and to build a sense of community not only in these homes, but also in the broader community of the Green at Florham Park and the borough of Florham Park,” Tom Toronto, president of Bergen County’s United Way, said in a prepared statement. “Our residents will work, shop, play — really find their place in the world — starting right here on Independence Way.”

The development is part of the Green at Florham Park, the 268-acre master-planned development that is home to the New York Jets, BASF North America’s headquarters, Summit Medical Group and more.

The general contractor was Sharp Management, the designer was Z+ Architects LLC and Pulte Homes contributed to the planning and development.