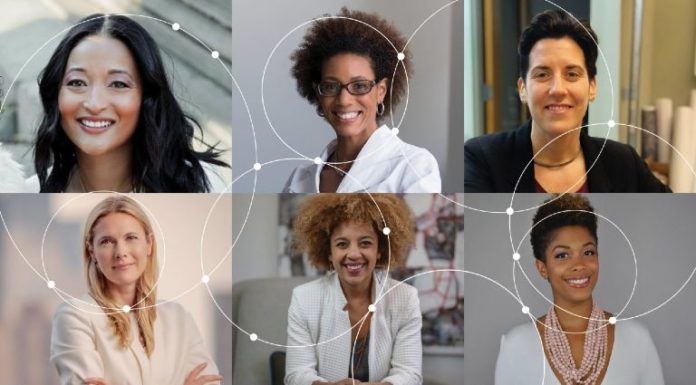 Women Entrepreneurship Week quickly had grown to be a week of must-attend panels and events at Montclair State University, highlighting the successes — and challenges — women face as entrepreneurs and business leaders.

The event, which started in 2014, had taken on a national feel as more than 200 colleges in the U.S. and in 32 countries picked up on the idea and held their own weeklong efforts in conjunction with the events at Montclair State.

Then COVID-19, as it did with everything else, threatened to bring the momentum to a halt.

Carley Graham Garcia, who took over as head of Montclair State’s Feliciano Center for Entrepreneurship and Innovation a little over a year ago, knew she couldn’t let that happen. Thanks to some quick thinking and extensive planning, Graham Garcia rebuilt the week into an eight-week virtual effort, where video events from colleges all over the country and from businesses and nonprofits were shared with all other locations.

The name was changed to Weekly Women Entrepreneurship. The best thing? Since all of the talks were recorded, they live on throughout the session — and will continue to for the rest of the year and beyond.

Montclair’s next scheduled talk is at 1 p.m. Thursday with Lia Winograd from Pepper.

But, after you register for the program, hundreds of videos are made available, all free of charge.

(Register here to get the weekly agenda — and links to past events.)

ROI-NJ caught up with Graham Garcia to talk about the changes to the program — and how it may change again going forward.

The conversation is edited for space and clarity.

Carley Graham Garcia: This conference has taken place on Montclair’s campus for years. In the last couple of years, we’ve scaled the program so that other colleges and universities can do the same thing on their campuses. Last year, we had more than 240 colleges do this.

When I first came, I thought, ‘What’s a way we can make this broader and more connected to what’s happening not only in New Jersey, but across the globe?’

The funny thing is: COVID allowed us to do that.

CGG: When COVID hit, colleges were in disarray, like everything else. We said, ‘This is the perfect opportunity to actually do some of that connectivity.’ So, we reached out to everybody and said, ‘Rather than make you all coalesce around one week, we’re going to do this all fall, for eight weeks, and we’re going to temporarily rename the series to Weekly Women Entrepreneurship.’

The idea was to share content across these university campuses throughout the fall. So, we kicked off the week of Sept. 21, which would have been our on-campus week. And we’re essentially running through Nov. 13.

ROI: Talk about the dates; is there a significance?

CGG: From a local perspective, we wanted to tie into the Propelify Innovation Festival by TechUnited N.J. (which ran Oct. 5-9). I had a speaking role introducing some local founders during that event. And TechUnited embedded a lot of interviews we had done with our female founders in their conference platform, which was great exposure.

And we’re ending Nov. 13, because that’s the week the New Jersey Chamber of Commerce is honoring three women during the Alice H. Parker Women Leaders in Innovation Awards. These are three really inspirational, New Jersey-based female entrepreneurs, and we wanted to embed that in our platform so others around the country could hear their stories.

ROI: That’s a perfect transition into how this works. Explain the basics of the videos?

CCG: We do interviews through our program at the Feliciano Center for Entrepreneurship and Innovation — and we’ve done a few dozen. But, we’re now able to add videos from all over. We link to videos of other programs around the country, and we got a large number of content from our past university partners, businesses and nonprofits. They say, ‘We want to host an event with a female founder, and we want to share it with you.’ So, every week, we’ve been curating content, and we have upward of 100 events across the eight weeks.

We’re letting folks register for other really dynamic talks all around the world. It’s all free; that’s a stipulation. And it’s got to feature a female founder. It can be either live or recorded.

So far, it’s been working. It’s been an interesting way to bring a lot of people along with us.

CGG: Here’s what we had on a single day just the other week:

The content really spans the gamut. The cool thing for us is, not only is it geographically diverse and ethnically diverse, but it’s really diverse as it pertains to industry. We’ve had everything from fintech to food to health. And I think access to more voices than we would have if we had just been on campus, just by virtue of its virtual nature.

ROI: The partnership aspect of this appears to really be paying dividends?

CGG: It really has. In addition to having support from TechUnited: N.J. and the New Jersey state chamber, we have had IFundWomen — a crowdfunding venture capital platform founded by Karen Chan, who is our entrepreneur-in-residence. That group has helped identify great women to talk with. These partnerships also have helped with the amplification. They’ve allowed us to be able to do what social does best: Amplify other people’s work while giving our students great content they normally wouldn’t have access to.

ROI: It seems as if this is an idea that will have shelf life. Not just the videos this year — but this sounds like something that could be an annual addition to the program, regardless of when we return to live events. How do you see it moving forward?

CGG: We’re going to have to see what happens. Right now, for the spring, we are planning for our next major event supporting startups in our ecosystem, a pitch competition called Startup Montclair, to be virtual.

It’s a long time between now and fall 2021. But, one of the things we’ve learned is, we have the ability to curate great content from partners who are doing really awesome stuff and showcase that to our students.

We certainly hope we will be back in person and everyone can gather safely come next fall, but, even then, they’ll probably be some sort of hybrid. This virtual concept has worked for us. And I think it’s given us a chance to really have bigger reach and grow our community.

Snaps & Snippets: Baraka announces designer who will create monument for...

Talking the talk: NJ Orators has been helping kids find their...