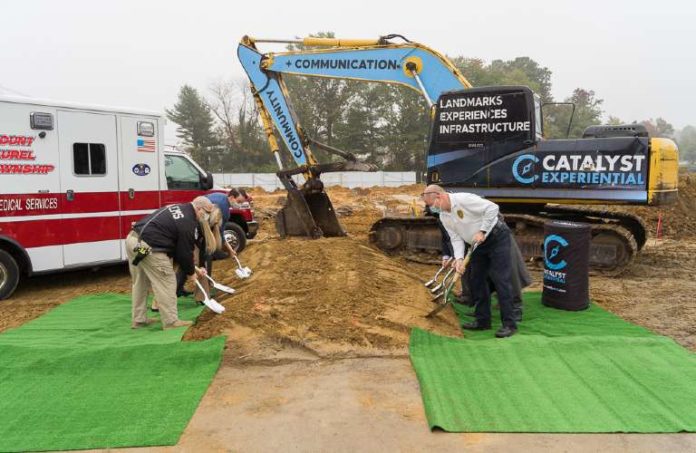 The township of Mount Laurel held a groundbreaking for a new EMS facility being built by Pennsylvania-based Catalyst Experiential, officials announced this week.

The new facility will be more than 7,600 square feet and feature green technology including electric vehicle charging stations and solar panels on the roof, according to a news release on the event.

The project, which has been in the works for 18 months, is expected to be completed by summer 2021, with no cost to taxpayers.

“This is saving Mount Laurel taxpayers millions and millions of dollars,” Mayor Irwin Edelson said at the event. “Thank you, guys, thank you, Catalyst, for reaching out and making us part of the process. This is amazing to see in today’s world, where people actually talked and got it done, and here we are breaking ground to get this thing moving.”

Catalyst says its goal is to redefine the physical form of communication by integrating visual communication technology with municipal, public safety and community assets. It works with communities to develop solutions that transform underutilized property at no cost to taxpayers.

This particular property went undeveloped for more than a decade, according to Amanda Toton, vice president of development for Newtown Square-based Catalyst, who led the project.