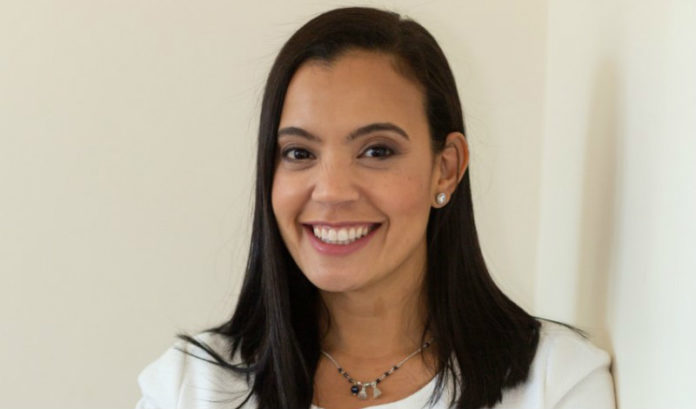 Moments after she sent out a tweet recognizing Latina Equal Pay Day, Claribel Cortes sent a text to an old boss. It was to a woman who made her day when she called Cortes into her office and told her she was getting a $10,000 raise. A woman who made her understand just what Latinas in the workplace were up against.

“I remember I was so surprised,” Cortes said. “I was almost jumping for joy. I didn’t understand why this was happening. Then she told me: ‘The men sitting next to you are making $20,000 more than you. I can’t give you that much, but this is a start.’”

The moment was more than 20 years ago, but it is a moment Cortes has never forgotten.

“I just had to text her and thank her,” Cortes told ROI-NJ. “Of course, I thanked her then, but I just wanted to thank her again because she doesn’t realize the impact it has had on me.”

Moments such as these are the reason Latina Equal Pay Day exists.

The occasion is marked on Oct. 29, because Latinas need to work nearly 22 months to make what their counterparts make in just 12, some studies say.

So said Anna Maria Tejada, a labor and employment lawyer and Partner at Saul Ewing Arnstein & Lehr, who is the president-elect of Executive Women of New Jersey, which produces a biennial report on the number of women on boards and the gender pay gap.

Tejada, who is a past president of the Hispanic Bar Association of New Jersey, said the issue of pay for all females has never been more relevant than during this COVID-19 pandemic.

These are alarming numbers — but not nearly as alarming as the numbers surrounding workforce participation. In September, nearly 900,000 women over the age of 20 dropped out of the American workforce, compared with 216,000 men in the same age group, according to the U.S. Department of Labor. Latina women dropped out at a rate of nearly triple that of all women.

“Now, more than ever, it’s clear that because of systemic barriers and inequities, women of color are the most vulnerable to falling into poverty,” Tejada said.

Change is not easy. And it must come with some personal responsibility, Cortes said. Latina women in the workforce need to find ways to overcome obstacles others may not face. She used her own experience as an example.

“A lot of Latinas don’t have the advantage of going to the parents and seeking advice of, ‘What kind of salary should I ask for?’” she said. “They often are the first ones to graduate from college, they don’t have mentors who are directing them.

“That was my issue. My dad had a local bodega in Queens. He couldn’t tell me what a person in my position is supposed to make. So, I kind of had to wing it on my own and rely on what they were offering me.”

Cortes knows she is not alone. She said she has spoken to hundreds of Latina women who have the same experience. They share something else in common, too: A belief that they cannot rock the boat in Corporate America. This needs to change, too, she said.

“We sometimes just feel lucky to be there and, because of that, we probably don’t advocate so much for ourselves,” she said. “And that falls back on us — we need to improve our negotiation skills.

“And we also need to know that, if we are lucky to be there, they’re also fortunate to have us, because, historically speaking, we’re very loyal employees, we’re hard-working and we stop at nothing to get things done. So, corporations should be happy to have us in the workforce.”

So, what can be done?

Tejada is hoping to use the Executive Women of New Jersey platform to help ensure women have equal access to corporate leadership opportunities and that they are paid equitably in those positions.

“Our leadership continues to be intentionally one of the most diverse of women’s professional organizations in the nation, because true change begins with intention, followed by action and accountability,” she said. “If women were paid what they deserve, we could lift millions of families out of poverty and create greater equity.”

Tejada said EWNJ calls on business leaders in New Jersey to adhere to the following recommendations, which can be easily and immediately implemented:

Cortes couldn’t agree more on the issue of women in leadership.

“We need to see more women in the boardroom, because, when you see someone else there, you either seek that person out as a mentor, or you know that you could do it as well,” she said. “I didn’t have that advantage. I was always the only Latina in my department. So, I definitely had to break a lot of barriers.”

And, eventually, find her own way.

The revelation Cortes got more than 20 years ago did not change her career trajectory. She continued on, advancing her way into more positions of authority at the various media companies where she worked.

Then, one day, an Excel sheet was shipped around the office. It detailed the salaries of those in the company. No one could be sure if they were accurate — but, when Cortes discovered she still was making significantly less than those around her doing the same job, she made her move.

“I could have become enraged, but I didn’t do that,” she said. “I did not want to close the doors behind me to other Latinas as I was leaving. So, I decided to just take this as a sign from the universe that I needed to pivot. And that the only way that I was going to be able to close that gap, and hopefully open up paths for new women to follow, was to become an entrepreneur. I didn’t see it happening in Corporate America.

“I realized that I had a choice to make: I could let this consume me or I can let it fuel me,” she said. “I chose the latter. That’s when I decided to resign and open up my own firm.”

Today, she is the founder of the Setroc Group, a marketing and public relations firm based in New Brunswick. One where she pays all of her employees equally.

The fight for equality continues, though. Cortes, recently elected to the North Brunswick town council after serving on the town’s board of education, said she does what she can in public life, too.

For all that can happen to make change in the business and political world, Cortes reminds us that the biggest impact can come at home.

She has vowed that her teenage daughter will be ready for the workplace.

“She’s already in a debate club,” Cortes said with a laugh. “I teach her how to negotiate. I’ve taught her, if you want something, tell me you want it, why you need it and why you deserve it.”

The hope is that one day Latinas — all women — won’t have to justify why they deserve equal pay. Why they do doesn’t make sense. Simply put, there is no justification for such inequality.

But, as long as it continues — for as long as days such as Latina Equal Pay Day exist — Cortes and Tejada said they will continue to fight for what is right.