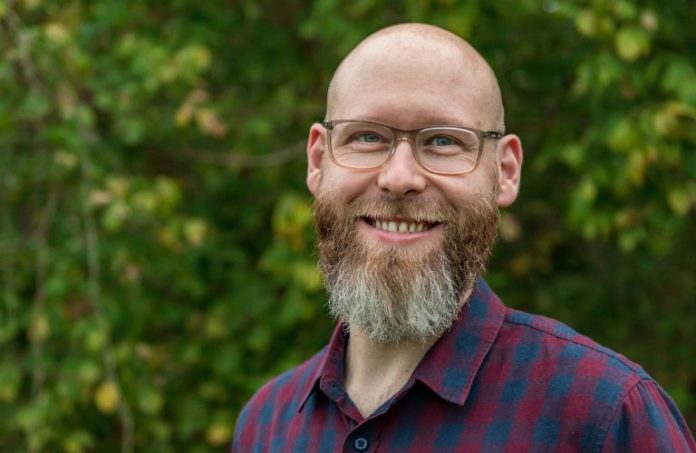 Dan Bowen is an associate professor and chair of the department of political science at The College of New Jersey. He also is a registered voter. And, this year, he voted differently than he ever has before.

It wasn’t just that Bowen voted with a mail-in ballot, it’s how he voted. Filling out his ballot at home — and doing so when it was convenient for him — afforded him to ability to do more research than ever before.

“A couple of days ago, I filled out my ballot, but I did it after spending time thinking about the referenda questions, the constitutional amendments, doing research on them — and doing research on my school board candidates,” he said.

Bowen admits he may not have done this much prep work before. And, he feels confident many others may have done the same thing.

“Think about it,” he said. “Before, you went to the polls and you may have known exactly how you wanted to vote for president or the Senate or even one of the questions or a local race. But probably not all of them.

“Now, you’ve had this ballot sitting on your kitchen table or counter for a few days and there’s no hurry to vote. You may do more research.”

While so much attention has been made of how voting by mail will impact the presidential race, Bowen thinks the down-ballot races may be impacted the most. Without question, Bowen said, the electorate this year will have been better informed.

This is just one of the reasons Bowen hopes voting by mail sticks in the state — as it has for many years in so many areas, namely out West.

The other benefit: There likely will be more voters.

Bowen said regularly voters may not appreciate the issues that can get in the way of voting — especially in a state that leans so heavily Democratic that the outcome of the top-of-the-ticket races usually is not in doubt.

But there are many.

“I would suggest — and I think the political science research shows pretty clearly — that, even if you have marginal increases in the difficulty of voting, you’re going to exclude some people from the process,” he said. “People have busy lives, things happen: Your car breaks down on election day, you’re really busy at work, it’s bad weather, the kids get sick. Things happen in your regular life that make it so that participating in the political process, which might seem confusing and distant in the first place, may not be the top priority for everybody.”

Bowen said the fact New Jersey mailed a ballot to all registered voters was impactful.

“What so interesting to me about this process is that we didn’t have to request a ballot,” he said “There wasn’t that extra step of needing to be motivated and interested in advance, weeks in advance of Election Day.

“That drastically lowers the cost of voting. It’s sitting there. The only thing you have to do is take a few minutes to fill it out. So, I really do think that it’s going to increase turnout.”

Bowen will watch all the races: Local, statewide and national. He said the 2nd Congressional District race between incumbent U.S. Rep. Jeff Van Drew (now a Republican) and Amy Kennedy (a Democrat) will be the most interesting.

The real intrigue, however, will come in the ballot count, Bowen said.

Will the mail go through with the standard speed? Ballots have up to a week after a Nov. 3 postmark to be received. Will election officials be viewed as effective?

There are only two things he’s sure of: Voters are going to like voting by mail — and the state would be better off to continue the process in some form.

“This is going to be a new process for many voters, but my gut reaction is that voters are going to like it,” he said. “I can look through at the candidates, do research and, when I’m done, just stop by a drop box or put it in the mail.

“As a political scientist, I’m interested to see what’s going to happen to our voting system after this election — whether this is something that is going to stay around and into the future.”