Home Finance No slowing down: COVID crisis has hurt many in banking sector, but...
Facebook
Twitter
Linkedin 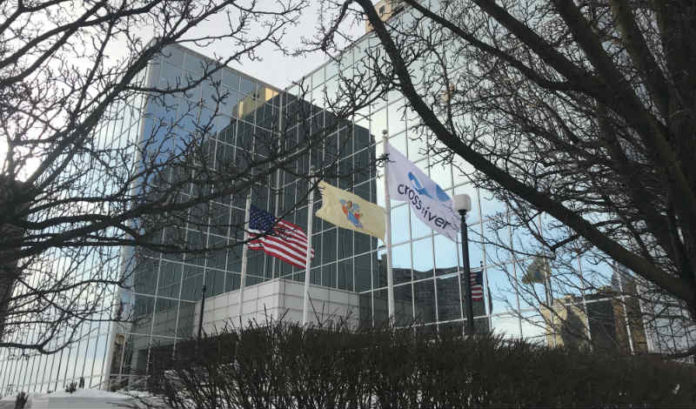 Leaders at Cross River Bank, the secret success story of the post-financial crisis banking sector, were being quite literal when they said the fintech and community bank crossover in Fort Lee was bringing on a new hire every day.

Phil Goldfeder, head of the bank’s public affairs, told ROI-NJ this about a year before the pandemic changed everything … except, it hasn’t changed anything about the institution’s hiring spree.

“Since the onset of the pandemic, Cross River has actually hired more than 70 new employees,” he said.

Many banks have been doing the opposite, particularly the country’s megabanks. After pledging not to slash jobs amid the pandemic’s chaos, some major institutions have been soberly walking back those promises. Citigroup, JPMorgan Chase and Wells Fargo — the list goes on — have all reportedly had to plan for headcount reductions in their global employee bases. These megabanks have mostly cited the need to tune their workforces to be more efficient.

At the same time, Goldfeder wouldn’t say Cross River Bank has been thriving because of the pandemic environment. But its position as a loan originator and banking services partner to national fintech companies, such as Affirm, in a time when contactless financial services are all but a requirement — it’s proving to be a good place to be.

“In the fintech space, you’re finding more and more that consumers are looking for more opportunities to do business without being face-to-face,” Goldfeder said. “In the past, borrowers, especially small businesses, still wanted to go into a bank to do their business. … Traditional banks have likely suffered as that has gone away.”

It shouldn’t be a surprise that the bank, which has received national attention in the past few years for its sudden relevancy in the fintech space, has exceeded expectations in a difficult scenario. It was founded during the absolute worst situation for banking: the 2008 meltdown.

“We were founded in wake of the Great Recession, when many thought it was silly to start a bank,” he said. “So, looking for more technology and partnerships to advance your service is something that some organizations might’ve put on hold when the pandemic hit, but finding additional ways to help and actually lean into a challenge was part of our DNA.”

In light of that, Cross River has expanded its slate of tech partners across the country, Goldfeder said. That’s allowing it to sustain the pace of growth it was achieving prior to the pandemic.

Aside from being the bank of choice for fintech platforms, Cross River has been trying to make more of a name for itself as a direct-to-consumer bank; it’s as much a New Jersey-chartered, FDIC-insured bank as it is a fintech company.

And the pandemic also provided an opportunity to gain ground with borrowers that needed emergency loans from a bank.

“Before Congress stepped in (with the Paycheck Protection Program), really before anyone recognized the nature of the pandemic, we very quickly were able to create a program for our local community in New Jersey, offering (up to $10,000) loans to struggling small businesses we worked with and ones we didn’t,” he said.

What Goldfeder has told ROI-NJ is that he believes what people call fintech today will one day just be called traditional banking.

And tomorrow’s traditional banking isn’t being interrupted by today’s crisis.

“We’re a unique business in the sense that we’ve utilized tech to provide the trust and reliability of community banking,” he said. “Through the pandemic, that’s worked for us.”

When you’re doing well as a business, you can do good. But also, Phil Goldfeder of Cross River said, you can do well because you do good.

“Providing community service only after you become successful isn’t the way you should be as a company,” he said.

That philosophy has driven philanthropic involvement for the fintech-friendly bank over the years. Most recently, it’s been hosting an eight-week entrepreneur training program in partnership with nonprofit Operation HOPE. The program covers the basics of creating a business, as well as financial literacy skills. It’s something the company first started early this year.

“When the pandemic hit, it would’ve been the obvious choice to put a hold on this community programming, but we thought it was more important to expand it as small businesses were struggling,” Goldfeder said. “There was not even a small conversation about rethinking the timing of the program.”

The program’s first cohort has already graduated, and the second cohort is in session. Cross River is planning for more of this programming in the future and hoping alumni pass along what they’ve learned locally.

“This is just the seed of what we hope becomes a field of small businesses that can grow our local economy,” Goldfeder said.

PlayNJ.com: N.J. could surpass Nevada’s monthly sports bets for May