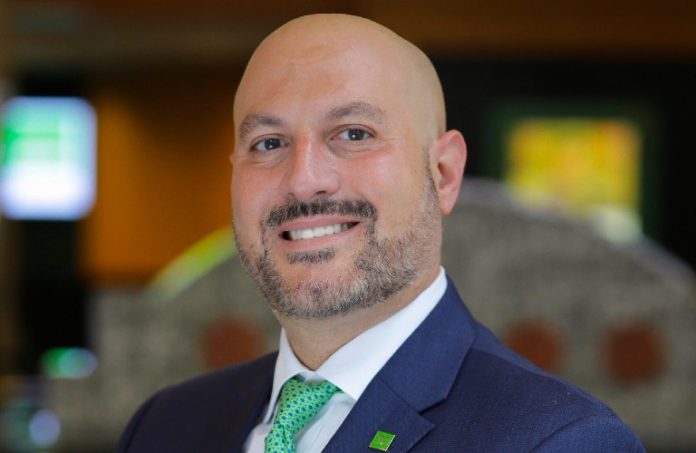 If there’s one message banks have their marketing teams working tirelessly to convey, it’s this: When it comes to welcoming diverse communities, the doors are open.

But, in the competition for new customers in the banking space, some financial institutions are choosing to go further than where marketing dollars will take them.

At one of the industry’s largest competitors, TD Bank, there’s a new department that’s specifically designed to create a barrier-free environment for the LGBTQ2+ community — and the growing group of entrepreneurs that have come out of that community.

Steven Garibell helps lead it. He’s the bank’s first vice president of business development for the LGBTQ2+ community. The role started locally in 2018, about five years after the Canadian multinational bank first experimented with similar positions in the Toronto market.

“What we found is, financial institutions have always been good about marketing to diverse communities, specifically the LGBTQ2+ community, but no one was really bringing financial advice to the community that was really needed,” he said. “There’s really no other role like this at a bank in the country, besides marketing teams or employee resource groups, looking to specifically help this community financially.”

Now backed by a full team with a national scope, Garibell said his bank is poised to not just cater to the LGBTQ2+ community, but become the bank of choice for it.

There are an estimated 1.4 million LGBT business owners in the country that contribute about $1.7 trillion to the economy, according to the National Gay & Lesbian Chamber of Commerce.

“So, this has really been a success factor in bringing customers to our bank,” Garibell said. “We’ve found banking opportunities for this community are growing by leaps and bounds. Individuals in the trans community, in particular, are often choosing to open up businesses instead of going to work for corporations.”

Garibell said these commercial banking clients do a lot of research about what banks stand for before picking their service providers, meaning they’re inclined to choose a bank based on what its policies are for employees within their own community and how else it supports these individuals.

To that end, TD Bank, which headquarters its U.S. subsidiary in Cherry Hill, was the first in North America to offer same-sex couples spousal benefits, which it initially introduced in Canada in the early ’90s.

Banks have had a somewhat uncertain relationship with same-sex couples when it comes to lending. A recent study done by Iowa State University revealed that, based on mortgage data from 1990 to 2015, the approval rate for same-sex couples was up to 8% lower than heterosexual couples.

That’s also assuming that individuals are open about who they are with bankers, Garibell said, which isn’t always the case.

“One of the largest challenges we’ve identified is that members of the community are not out with their financial professionals,” he said. “That causes them to not have some transparent conversations that are really necessary in the process of financial planning.”

Another reason someone who identifies as gay, lesbian, bisexual, trans or as part of other identities or communities might choose a bank with experts such as Garibell is that there are a number of resources specifically designed for these business owners.

Garibell said his team has a strong partnership with the National Gay & Lesbian Chamber of Commerce and can connect the dots in a way that allows business owners to have their enterprise certified by that organization or others.

His team also provides technical assistance to businesses in states such as New Jersey, which has cities (Hoboken, Jersey City and Newark) with contracting programs designed for LGBTQ2+ companies.

For these businesses, Garibell believes the upshot of having a bank well-versed in their community is clear.

“When you’re looking at your banking relationship, you want to have open conversations with bankers and to be able to be your authentic self,” he said. “And we pride ourselves on connecting authentically; this isn’t to check a box.”