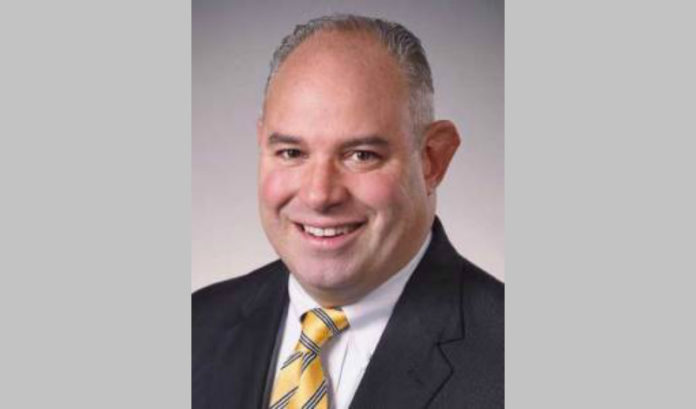 The 2008 financial crisis was a vexing experience for community banks. In the years following that economic disaster, smaller banks griped that it was the country’s largest financial institutions responsible for the lead-up to it, yet they faced an equal amount of backlash.

Payback is a … government loan program.

During the economic disaster caused by the spread of COVID-19, analysts suggest big banks may not be benefiting as much from the Paycheck Protection Program as community banks. Although there are still some unknowns, the early indicators are that smaller institutions made an unexpected foray into the nearly impenetrable megabank market share.

The billions of dollars in fees that banks are expected to reap nationwide from processing more than 5 million of the emergency business loans in the CARES Act will be divided among banks big and small. But an S&P Global Market Intelligence analysis identified that there are at least 88 community banks set to bring in more PPP fee income than their entire revenue from the year prior, including Fort Lee-based Cross River Bank.

Overall, New Jersey benefited more than what might be called its fair share from the dollars freed up by PPP in March, said Michael Affuso, executive vice president and director of government relations for the New Jersey Bankers Association. The Garden State, while holding about 2.7% of the country’s population, received 3.2% of the PPP loans — which he might tell you is only fair, as a “donor state” that receives only 81 cents back for each tax dollar sent to the federal government.

“Once our local banks were able to get up and running, and the wheels were lubricated, they were able to quickly get money out,” Affuso said. “That’s why I think there was this higher than proportional share in New Jersey.”

The first wave of funding released in New Jersey and elsewhere was difficult to attain, and was gobbled up fast before a Congressional reset of the PPP pool.

“With the first wave of money, more banks focused on current customers because, with the banking relationships that already existed, there was significantly less administrative burden to make these loans,” he said. “As time elapsed, I know for sure institutions used this as an opportunity to enhance their customer base.”

“A lot of the big banks were way behind on getting loans out to their customers, and so you had large community banks really stepping in and stealing deposits and loans from the larger guys,” he said. “It really boosted those banks’ clientele.”

Now that the Small Business Administration has moved into the promised loan forgiveness piece of the program, Musso expects banks will be able to absorb some impressive fee income.

Exactly how much that’ll add up to for banks’ bottom lines is unclear. Various analyses put the fee income number north of $13 billion nationally. Some banks have pledged to donate any profits they receive.

“For most banks that did this, the fee income is going to be substantial,” Musso said. “You’re going to see in the first quarter of next year, some substantial non-interest income boosts due to the forgiveness. These are not attractive loans in the long term. Most banks are hoping that the forgiveness machine is cranked up and we can get these loans off our books.”

At the same time, the CEO and president of NJ Bankers, warned that there was also the payroll of long hours and tech investments required to administer the program at banks.

“While banks might generate revenue, they also incurred a lot of additional costs,” he said. “Many worked with third-party companies to bring up automated systems to process loans, and that was a costly expense. When all the forgiveness is said and done, we’ll be able to say for sure how it played out for banks.”

Outside of the program’s loans, lending in all major categories has fallen off. But S&P Global Market Intelligence reported that there’s been less of a drop of non-PPP lending at small banks than larger industry players.

Musso, putting it bluntly, said that community banks are mostly flat in this regard and that “big banks are getting clobbered.”

One thing that banks of all sizes have been able to count on is a different reception in the public eye than what followed the Wall Street meltdown of about a decade prior.

McWeeney said people have, in the difficult half-year since the start of the pandemic, had to rely on the banking system to get the money they needed in a pinch. Banks stepped up.

“I think it elevated the image of banks, especially in the eyes of the thousands of small businesses that received these loans,” he said. “We heard many touching stories about how appreciative people were to get the money and, in many cases, it literally saved their business.”

It has been a talking point of the New Jersey Bankers Association’s John McWeeney Jr. for years: Digital banking was trending up; branch usage was going the opposite way.

As soon as the pandemic hit, it was more of a dictate. Branches had to be shut down, and banks had to hope they had done enough to provide uninterrupted banking services on mobile phones and computers.

If the same situation occurred a decade ago, community banks in New Jersey might have floundered. But the state’s prominent community banks, such as Investors Bank in Short Hills, had done most of the work required to prepare for remote banking.

Dorian Hansen, the bank’s chief marketing officer and head of operations and digital transformation, said the pandemic put the work the bank has done over the past three years to the test.

“I think it’s been an amazing race over the past few years,” she said. “We’ve recognized that, in order to maintain a competitive advantage in the marketplace, we’ve got to make it really easy and secure for customers to bank with us.”

There were a couple of hiccups, such as coaching individuals who had never banked online on how to avoid fraud. The bank also needed to do more to reengineer digital options in its back office.

But, overall, operating digitally while a deadly virus spread for most of the year was validation of what community banks had already done to digitize the customer experience.

“A lot of banks are going to continue moving in this direction,” Hansen said. “We’re glad we had the foresight to start doing it a few years ago. All that technology is paying big dividends for us now.”