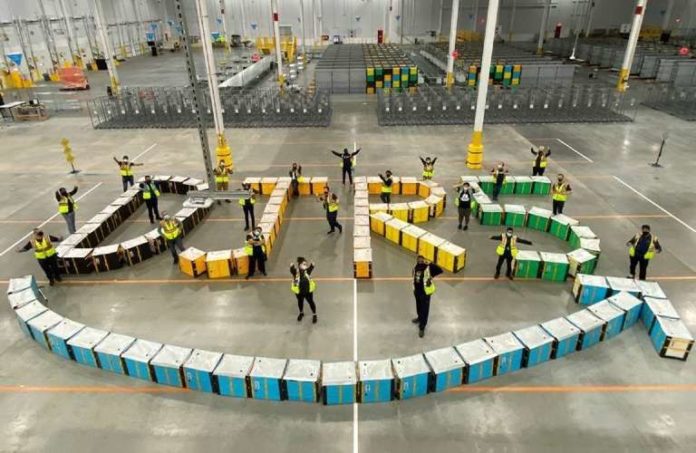 Amazon has officially opened its third delivery station in Kearny, it announced recently, welcoming associates to the 194,000-square-foot facility.

The station at 670 Belleville Turnpike will create more than 80 full- and part-time associate jobs as it serves as the link in the chain between the e-commerce giant’s fulfillment centers and its drivers. Those jobs will pay at least $15 an hour, Amazon said, and would-be workers have other opportunities with Delivery Service Partners and as Amazon Flex drivers.

In celebration of the opening, Amazon donated $10,000 and more than 1,000 nonperishable food items to the Kearny Food Pantry Network, it said.

Amazon also said it made a $25,000 donation to the Children’s Hospital of Philadelphia, the result of the Cranbury fulfillment center having the highest participation rate in the Amazon Goes Gold campaign to raise funds during the PJammin’ event for Childhood Cancer Awareness Month.

The Cranbury facility was allowed to choose a children’s oncology program for the donation, and picked CHOP to honor its site safety manager, Michael Franke, whose daughter was treated there for an autoimmune disease and tumor.