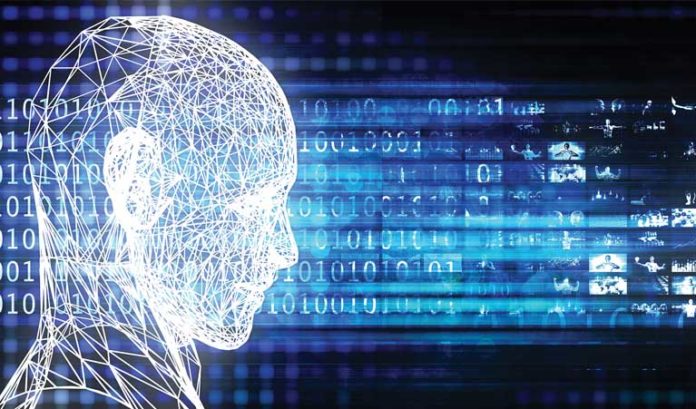 WhizAI, based in Somerset, has an artificial intelligence technology for the business end of the pharmaceutical and life science industries that some observers have described as “magical.”

The company recently secured an additional $4 million in funding to further scale its software offering.

According to WhizAI co-founder and CEO Rohit Vashisht, he and co-founder Amitabh Patil started the company in 2017 with the idea that they could build “bold and intelligent software” that understands a company’s data, understands the business and even understands how people ask for that data.

It was no small undertaking, but “that’s what we did,” Vashisht told NJTechWeekly.com in a recent interview. It’s been quite a journey during the last 36 months.

“We now have the largest pharmaceutical companies in the world as our customers,” he said.

So, what does the software do that’s so special?

“It’s freedom from reports and dashboards,” he answered. “Sales, marketing and commercial teams are using our product and enjoying it. They can instantaneously get their data and timely insights. They don’t have to sit in those long training meetings to learn how to use the software.”

WhizAI is an AI-backed platform trained in the language and data of life sciences, so it can answer even the most complex questions from billions of records in seconds, Vashisht said. The platform allows teams to ask questions in their own languages, via voice or text. The product combines AI for natural language processing, data modeling, data visualization and anomaly detection into a single platform that provides cognitive insights.

Vashisht and Patil didn’t start from scratch with their startup. Both had already been involved in building software for enterprise customers.

“I started noticing about 10 years ago that, while analytics software was becoming ever more prevalent, the dashboards and the reports being created were becoming much more complex for business users,” Vashisht said.

He didn’t start a company based on this observation right away. Instead, he went back to corporate life for several years, and also built another successful technology company in the marketing space.

Patil was on a different path, as chief systems architect at Technology Against ALS, based in Parsippany, a nonprofit organization specializing in amyotrophic lateral sclerosis, commonly known as “Lou Gehrig’s disease.” He developed glasses that apply AI to enable advanced ALS patients to use eye movements to quickly type sentences, control devices like TVs and thermostats and do other tasks, so they could have some degree of independence. His experience helped him understand how to use AI to enable human interaction with ease, said Vashisht.

The founders started WhizAI with their own money, then raised $500,000, and then $1.5 million. They closed their latest round two months ago. Healthy Ventures, based in San Francisco, led that round, and was joined by Bling Capital, also of San Francisco, and Firebolt Ventures, based in Menlo Park, California, along with other existing stakeholders. This investment brings the total raised by the company to over $6.5 million.

The founders weren’t even looking to raise a new round when they were first approached by VCs during the first week of March. The company signed its term sheet in April after the market had crashed, Vashisht said. However, after that, the Nasdaq composite index began to climb, and it didn’t look back, he added. A fun fact, Vashisht said, is that, while the round was fixed at $4 million, it was 2.5 times oversubscribed, with offers from various reputed funds — all of this during a pandemic and done through Zoom calls. Of course, it helped that the company was highly focused on the life science market. Products that can accelerate business in pharma and the life sciences, which are under so much pressure to perform during the COVID-19 crisis, are in great demand.

“We invest in infrastructural solutions that enable technologies to scale health care,” the firm says on its website.

General partner Anya Schiess is now on the WhizAI board. She is a Wharton MBA who used to run sales at Medtronics, based in Minneapolis, and she has a deep understanding of the space, Vashisht said.

Bling’s founder, Benjamin Ling, has backed over 10 unicorn companies, but there were practical reasons why the founders connected with him.

“He is very plugged in,” Vashisht said. “He knows the market and he can connect us with the right people in the marketing and sales space.”

“It’s freedom from reports and dashboards. Sales, marketing and commercial teams are using our product and enjoying it. They can instantaneously get their data and timely insights. They don’t have to sit in those long training meetings to learn how to use the software.”

Likewise, the startup founders liked Firebolt Ventures for its Limited Partner Gokul Rajaram. Rajaram was instrumental in building products at Google and Facebook that are used by billions of users.

“When it comes to products, there is no bigger name than Gokul, and we are building a product company,” Vashisht said. “He’s helping us tremendously with product/market fit.”

Vashisht noted that WhizAI will be using the proceeds from this round mostly for sales and marketing, “because that’s one area we haven’t invested much in the last three years.” The company is hiring for sales and market development, and also will be using the funds for product development. It has almost doubled its employees during the last few months, and now is at 50 people, he added.

Why is WhizAI headquartered in New Jersey?

“Because both founders are based in New Jersey and have started previous businesses in the state, as well,” Vashisht said. “New Jersey is the pharma and life sciences capital of the world, and an ideal location to build a business like ours. We are actively hiring and growing our team in the Garden State.”

He noted that WhizAI hasn’t worked closely yet with New Jersey Economic Development Authority, but looks forward to collaborating with it in the future.

“We have had preliminary interactions with New Jersey Tech Council (now TechUnited: NJ), who helped with introductions to investors and potential customers,” he said.