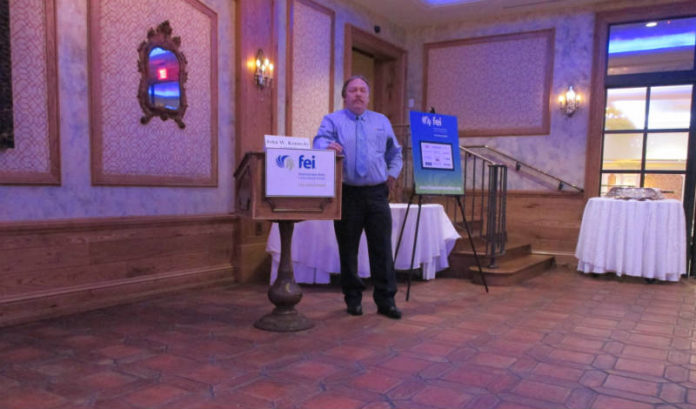 Gov. Phil Murphy has until mid-December to decide if he wants to sign a bill into law that would allow for a permanent $1.5 million annual contribution to the New Jersey Manufacturing Extension Program.

MEP head John Kennedy said he’s fine waiting until the last day. After all, Kennedy said, he’s been waiting for this — and working on this — for eight years.

The funding, which would be a carveout of existing funds in the budget of the Department of Labor & Workforce Development, would help MEP not only improve its fast-growing apprenticeship programs, it would allow it to open an office in South Jersey.

It also would restore an annual stipend for the sector.

“This is the funding bill that we’ve been working on for all eight years I’ve been here,” he said. “The goal is to get us back consistently in the funding area. We’ve gotten some smaller funding the last two years, but the last time we’ve been a consistent set-aside was 2008.”

Kennedy said the money will be well spent — and create an incredible return on investment.

In addition to the 15-to-1 ROI he said manufacturing expenditures already produce, because the funds come from the state, there is an automatic dollar-for-dollar match from the federal government.

One that will go to immediate use.

For starters, NJMEP will use the funds to help stimulate job growth — especially in underserved communities, including to industries reengineering to make personal protective equipment — and to help domesticate the New Jersey supply chain in the wake of the COVID-19 pandemic.

The first big project will be the opening a South Jersey office to augment its main office in Cedar Knolls. Kennedy said he already is looking for real estate in the Camden-Gloucester counties area. He’s determined to open an office there, whether the funding comes through or not.

For one, there are more than 3,000 manufacturers in South Jersey. And there are a number of community colleges, where MEP is hopeful to expand is apprenticeship training programs.

“We’ve always touched down there, we have a team down there — but we don’t have a place to sit and work like we do in the north,” he said. “This would give us the ability not only to help with the various companies, but also with the county colleges in that area, which we’ve developed really good relationships with. We want to be there to support and feed their programs.

“It also gives us an opportunity to expand some of the virtual and training programs in regard to things like CNC and welding and so on,” he said. “If we can get these young people started in these areas, and we can do some training up there, then they feed into the programs that already exist in the county colleges. That’s super. It allows us to take them from where they are and get them to the next step.”

NJMEP has been doing that for more than 20 years. The private, not-for-profit organization works to improve the profitability and competitiveness of New Jersey’s manufacturers. Backed by the National Institute of Standards and Technology, NJMEP said its mission is to enable organizations to enhance their productivity and efficiencies, reduce costs and improve employee performance.

Its services are categorized into three areas: operational excellence, innovation and growth strategies, and workforce development. All of this, Kennedy said, will be improved with the funding.

“I’m hopeful,” he said. “I think the governor has been really supportive of manufacturing. He kept us open. He’s pushing innovation in STEM. He understands the value of these career pathways. There’s no reason why he wouldn’t.”

The biggest reason: The state won’t have to find extra money in a time it is strapped for revenue.

“It’s a carveout of an existing fund within the DOL budget that is earmarked for support for workforce development and things of that nature,” Kennedy said.

The bills, S1957 and A3756, received 100% support from the state Senate and Assembly. Kennedy gives legislative leaders full credit for finding this funding — pointing not only to Sens. Linda Greenstein (D-Cranbury) and Steve Oroho (R-Sparta), the heads of the Manufacturing Caucus, but countless others.

“I think there were 18 sponsors on the bill,” he said.

All that’s left is to get one more supporter.

The League: How some are standing out in a stream of...