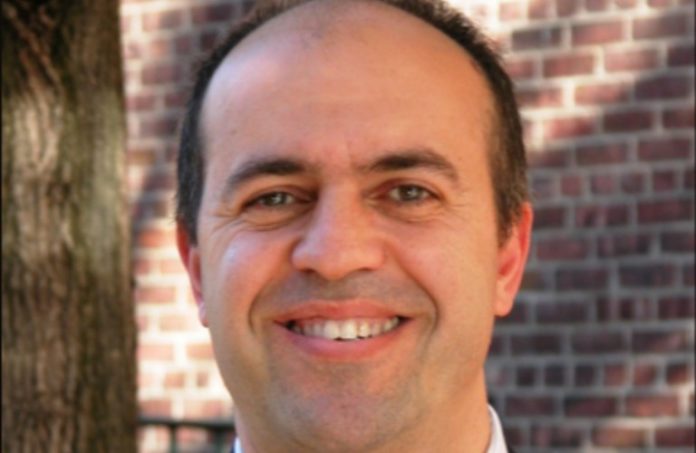 Hady Salloum, director of the Maritime Security Center and the Sensor Technology and Applied Research Center at Stevens Institute of Technology, was recently awarded a contract for $3.3 million from iModal Ground, to develop an underwater acoustic security system that will protect ports, waterways and waterfront properties from surface and underwater intruders.

The work, which will build off of Stevens’ existing patented technology, has the potential to open up a wide range of uses, from keeping passengers on cruise ships safe, protecting ports and cargo ships and keeping the supply chain running smoothly, Stevens officials said.

Salloum and his STAR team will develop a new underwater acoustic sensor system prototype that will meet the needs of the private sector and be used across all industries, including manufacturing, tourism, transportation and logistics. It will be based on the Stevens Passive Acoustic Detection System, a patented technology previously created at Stevens, which works by placing hydrophones underwater, then acquiring and rapidly analyzing sounds to detect human divers, as well as the distinctive sounds of small boats. SPADES’ software filters out ambient noise and can spot a diver breathing from a distance of hundreds of yards.

“This underwater acoustic sensor system prototype will meet the needs of the private sector and be used across all industries, including tourism, transportation and logistics,” Salloum said. “I am excited to work with iModal Ground to advance this technology and create a new, widely available underwater security solution.”

The technology has previously been tested by the Navy and Coast Guard, but Salloum will adapt the technology for commercial use. The new system will be able to detect, monitor and classify possible underwater intruders in ocean, rivers and lakes. The data collected by the sensors will be processed using acoustic classification algorithms that Salloum and his team will develop to provide a unique, integrated solution for dealing with underwater and surface threats.

iModal Ground is a subsidiary of Inter-Modal Holding, which is an Ohio-based asset holding company. iModal Ground provides communications and technology systems for the logistics market, especially low-cost sensors that incorporate multiple technologies.

Later this month, Salloum will be part of a group from Stevens that will be honored by the Research & Development Council of New Jersey at the annual Thomas Alva Edison Patent Awards Ceremony on Nov. 12.

Alexander Sedunov, Nikolay Sedunov, Alexander Sutin and Salloum will be honored for their accomplishments in developing the patented technology, the Acoustic Aircraft Detection system.

This technology uses several systems that each have five microphone clusters. Each of these clusters consists of 64 tiny, linked microphone capsules to detect sounds of aircraft engines. This allows the detection of smaller aircraft, including private planes, helicopters and drones, which might fly under the radar that typically detects larger aircrafts. It has a wide variety of applications for airports, including collision detection, security and better understanding of the source of noise complaints in residential areas near airports.

Stevens has licensed this technology to BridgeNet, a leading aviation company that provides services to airports, agencies and other aviation partners, for better visualization of airspace and air traffic and improved airport design.

“It is an honor to receive this recognition, but even more importantly, to have invented something that has gone beyond the lab and turned into a service that will impact people’s lives,” Salloum said. “The partnership with BridgeNet is a great example — and starting point — as to the countless commercial applications of the patent.”