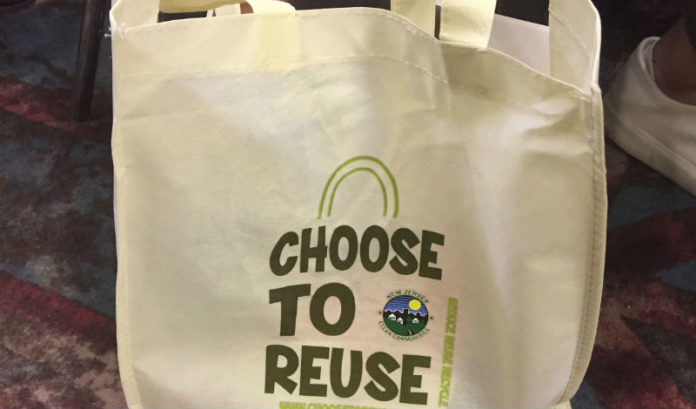 Single-use plastic bags are officially banned in the state.

Gov. Phil Murphy signed the most aggressive ban on single-use plastic and paper bags in the country Wednesday — a move he says is a significant step to reduce harm and pollution that these products cause to our environment.

Jerseyans will have plenty of time to prepare, however. The new law will not go into effect until May 2022.

The bill will prohibit the use of single-use plastic and paper bags in all stores and foodservice businesses statewide.

“Plastic bags are one of the most problematic forms of garbage, leading to millions of discarded bags that stream annually into our landfills, rivers and oceans,” Murphy said. “With today’s historic bill signing, we are addressing the problem of plastic pollution head-on with solutions that will help mitigate climate change and strengthen our environment for future generations.”

Starting in May 2022, both plastic and paper single-use bags, as well as disposable food containers and cups made out of polystyrene foam, will be banned. Paper bags require resources and energy to produce, contributing to pollution. Moving forward, the focus throughout the state will be on using reusable bags, the administration said.

The following products will be exempt for an additional two years after May 2022:

Under the new law, foodservice businesses will be allowed to provide single-use plastic straws only upon request starting in November 2021.

State Department of Environmental Protection Commissioner Catherine McCabe said the law will have many benefits.

“From our cities to our shores, single-use plastic bags unnecessarily litter New Jersey’s most treasured spaces and pollute our ecosystems,” she said. “By banning single-use plastic bags, Gov. Murphy and our Legislature continue to make New Jersey a national leader in environmental protection, and the DEP stands ready to implement these new measures and educate the public.”

“NJFC has continually advocated for a uniform statewide standard to phase out single use plastic and paper bags and encourage the use of reusable bags in New Jersey,” she said. “The action taken by the governor today does just that.

“The ban on both paper and plastic bags is critically important, as paper bags have just as significant of an environmental impact as plastic bags. Without this ban, consumers would have simply moved to paper single-use bags, failing to address the underlying goal of reducing our reliance on single-use products.

“Most importantly, this law ends the proliferation of varying local ordinances. The unworkable patchwork underscored the importance of having this smart, uniform statewide law that preempts all local ordinances.”