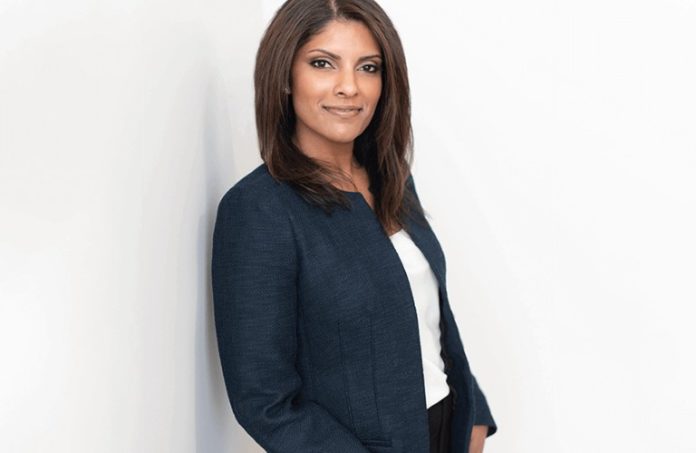 Dr. Smita Ramanadham realized a lifelong dream in January when she returned to New Jersey and celebrated the grand opening of her own plastic surgery practice in East Brunswick.

Ramanadham, a native of Livingston, was eager to build her business, doing both reconstructive and cosmetic surgeries.

Less than three months later, all elective surgeries were prohibited due to COVID-19. Even worse, since so few people were going out, there were few calls for plastic surgeons at the area hospitals where she had privileges.

“It was such a quiet time,” she said. “Nobody was going out, so nobody was getting hurt or getting into car accidents and having broken bones or lacerations or anything.”

The practice’s future looked bleak. After all, cosmetic plastic surgery historically sees huge drops in business during an economic recession.

Then, the unexpected happen. As soon as the ban on elective surgeries was lifted, there was an unexpected rush of business. It hasn’t subsided.

Ramanadham feels three key factors are behind it:

All of that leads to this. Call it the awful-year effect.

“This has just been such a tough year for everybody,” Ramanadham said. “I think there’s more awareness of taking care of yourself and doing something that’s going to make you feel good about yourself. So, people are saving money and getting things done.”

ROI-NJ talked with Ramanadham about all this and more. Here’s a version of the conversation, edited for space and clarity.

ROI-NJ: Talk about your training and your journey to becoming a plastic surgeon.

Smita Ramanadham: I grew up in Livingston, but went to Boston for college and medical school (Tufts University) and then went to Dallas for my training, both general surgery and plastic surgery. I went back to Boston and was working at Boston University after my residency. I was reevaluating what I wanted the future to look like professionally. And I felt like I wanted to head back home, open up my own practice, and really just kind of put roots here again.

ROI: There’s a misconception about plastic surgery — how it’s all Botox and breast augmentations. Give us a little bit of the workflow of the profession.

SR: When I was at Boston University, and I was giving lectures to medical students and residents, I always would put up a picture of an iceberg. I told them, ‘What people think of plastic surgery is just the tip that you see above the water, but there’s so much below.’ I think that’s the reconstructive part people don’t see. In Boston, I would say 75% of my practice was reconstructive — there was a lot of hand surgery and a lot of breast reconstruction after cancer.

Here in New Jersey, I actually am focusing more on building my cosmetic practice. So, it’s flipped and probably is about 75% cosmetic and 25% reconstruction.

ROI: You started your career doing general surgery. How is plastic surgery different?

SR: I have an art background, so the ability to use my hands and do something to make a patient feel better is very rewarding to me. General surgery is very protocol-driven. So, I was missing that creativity and those artistic aspects. Plastic surgery just seemed to be a great fit for me. I think it’s one of the few fields within surgery where we’re truly operating on the entire body. Every stitch is important — and it’s very artistic and creative.

Think of it this way: If you put 10 plastic surgeons in a room, everyone will give you a different answer on a case. To me, every patient is unique. And, if it’s on the reconstructive aspect, we’re their glimmer of hope. We come in at the end, after their trauma or their cancer, and we’re able to restore some sort of normalcy back to them, which is really great for their confidence and their self-esteem.

It’s the same on the cosmetic side, just giving people that extra boost of confidence. It’s really rewarding to see how much something as little as Botox can dramatically change the way people think and feel about themselves.

ROI: How people feel about themselves — that’s sort of the impetus for cosmetic surgery. Talk about how the shutdown order impacted the industry?

SR: It’s interesting, because I think a lot of us were bracing for the worst. I think people were preparing to shut down practices. So, when we reopened, I think we were all so surprised by the demand. There were so many things that led to that.

People were at home and on the computer. So, if at any point in the past they had thought about doing something, they were on researching and finding their surgeons and following them on Instagram and looking at the websites and almost kind of getting to know us before we even reopened. Research shows it usually takes one year from when a patient first thinks about getting a procedure to when they actually book a consult. That was sped up because people had time.

ROI: And then there was the Zoom effect. How real was that?

SR: The Zoom effect was 100% real. It’s similar to the whole phenomenon that happened when selfies became popular. When everyone started doing selfies for social media, we were seeing younger patients coming in for rhinoplasty or fillers because people were just so much more aware of what they look like. It’s kind of a similar thing with Zoom calls. People are staring at themselves on Zoom and noticing things that they would not have noticed otherwise. So, were doing a lot of facial procedures.

People’s necks are something that they started paying more attention to as well, just because of the angle of when you’re sitting on a computer.

ROI: What about what you can’t see on the computer screen?

SR: Those numbers are skyrocketing, too. People are looking to do more breast and body surgeries because they know nobody can see them from the neck down. Nobody can see their bandages or any bruising. And, then, I think, just by nature of being at home and knowing a lot of businesses are not going back until mid-2021, patients realized they didn’t have to take time off to recover. So those procedures — breast augmentations, breast lifts, mommy makeovers, tummy tucks, liposuction — are high.

Breast augmentation is our No. 1 procedure. Historically, it always has been.

ROI: It’s time for the money question. As in, how much? I know each patient and situation is unique, but can you give us ballpark figures?

ROI: Talk about how you are seeing a surge from those who may not have had these financial means before?

SR: We’re definitely seeing more people. I think part of the reason is because everything is shut down. So, the money that people would be spending on going out to dinner or traveling is there. Right after the shutdown was lifted, we definitely saw a group of patients that came in and booked their surgery immediately.

And we are seeing a group of patients that came in early for their consultations, got the quotes, financially were able to prepare, and now they’re booking their surgeries around the holidays. They had an idea of what they needed to save. And they were able to do that.

ROI: This leads to the other side of the business: attracting clients. You had just opened your business when you got shut down. You’ve reopened, but your ability to network is on hold. How do you find business during these COVID restrictions?

SR: It’s challenging. In Boston, I didn’t have to market myself, I was part of a big university, it was all internal referrals and things like that. Here, I’m brand new after being gone for 20 years. The good thing about New Jersey is that it is home. My parents both had businesses in the area — they’re since retired, but I still had their connections and their friends. That’s how I started meeting people.

Now, with COVID, it’s even more about our website and Google words. I’m just trying to get my name out there any way I can. Social media has been really influential and helpful, too, especially during the shutdown. It was really our only way to stay relevant and stay engaged. When everybody was at home and online and on Instagram, that was a really great way to connect when you couldn’t connect in person.

ROI: OK, last question. We have to ask about your bio. You may be one of the few plastic surgeons who has a degree in economics and art history. That’s an unusual combination — especially for a surgeon. How did that develop?

SR: I’m a little bit unique in the sense that I always knew I wanted to do medicine. I come from a family of people who are doctors and pharmacists, so I knew from high school (Newark Academy) that I wanted to do medicine. So, all throughout college, I was doing all my pre-med requirements, but I really wanted to take advantage of being at a liberal arts school: Tufts. I said, ‘I want to learn something else, because I know the rest of my life is going to be medicine and science.’

In high school, I did a lot of studio art, painting and drawing. So, art history really interested me. I wanted to use that time to learn as much as I could, because you’re only going to have that opportunity once.

Sciences have been big part of N.J. for long time, but...

Ostrowsky is beyond grateful for $100M gift — and hopeful it...