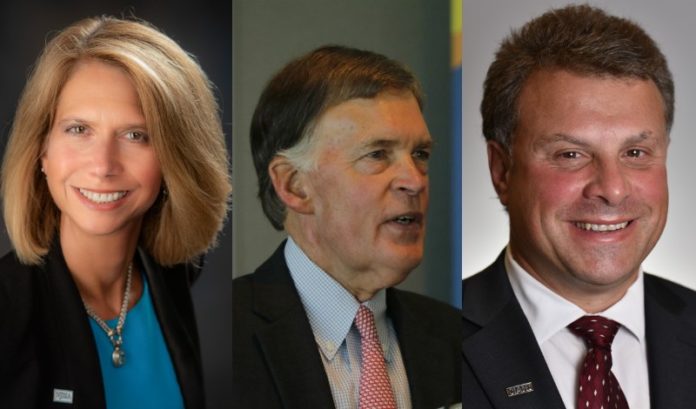 Tom Bracken said the obvious about the Joe Biden-Kamala Harris ticket winning the 2020 presidential election: “More than anything, I think it just calms things down a little bit. And that’s not a bad thing.”

Then Bracken, the head of the New Jersey Chamber of Commerce — the person who routinely points out how Democratic Gov. Phil Murphy’s policies are bad for business and bad for the state’s future — said something stunning when asked if the Democratic former Vice President Biden winning the presidency could be good for the New Jersey economy.

“I think I would agree with that,” he said.

Don’t be fooled. Bracken hasn’t abandoned his anti-tax, pro-business stances. He just sees ways in which the state’s business community is better off today than it was before the election. Among them:

But there are concerns.

The heads of other top business groups said they have worries.

Tony Russo, the president of the Commerce and Industry Association of New Jersey, said his members are cautiously optimistic.

Russo said he knows a Democratic president will mean more regulations — especially when it comes to the environment and sustainability, issues that can add expenses to businesses.

How much more is the question, he said.

“Democrat or Republican, no matter what kind of government — and whether we’re talking about local, county, state or federal — we need to be seen as partners and not just somebody you just tax and regulate,” he said. “That’s the thing that frustrates a lot of our members.

“Nobody is saying that we don’t need taxes and we don’t need regulation, but, where it really crosses that threshold is when it’s overregulation or overtaxation.”

Michele Siekerka, the head of the New Jersey Business & Industry Association, said there will be opportunities and challenges. And one big fear: tax increases.

“Opportunities will be found through the relationships that our policymakers will have with a new administration,” she said.

An administration Siekerka thinks may include some Jerseyans.

Then there are the challenges: “The bigger tax-and-spend agenda for an already-too-expensive state within which to live, work and raise a family,” she said.

Taxes. They are something that, traditionally, Democrats love and Republicans loathe. And it’s Republicans that these business leaders are counting on to save the day.

Russo said the Republicans maintaining control of the U.S. Senate — which looks likely, if not certain — is crucial.

“You saw it last week with the stock market,” Russo said. “They assumed Biden was going to win, but they like divided government. So, if the Senate stays Republican, Biden’s tax plan is something that we’re not as concerned about.

“If that were to switch, I can tell you that the concern of a lot of our companies goes up dramatically.”

A Republican-controlled Senate would create checks and balances and — gasp? — a need for our government leaders to talk, negotiate and compromise.

Which brings us back to Bracken. And Biden.

Bracken said Biden is the right man for that part of the job.

“If the Senate stays Republican, you have to compromise, and I think Biden is somebody who is much more likely to compromise than Trump,” Bracken said. “Biden knows all of these guys. He’s worked with them. That’s another plus you can’t overlook.”

And all that stuff about draining the swamp? In this situation, experience is a plus, Bracken said.

“Biden’s been engaged in federal government,” he said. “He knows how it works. He knows what has to be done. There are all kinds of pedigree stuff with Biden that could end up being pluses.”