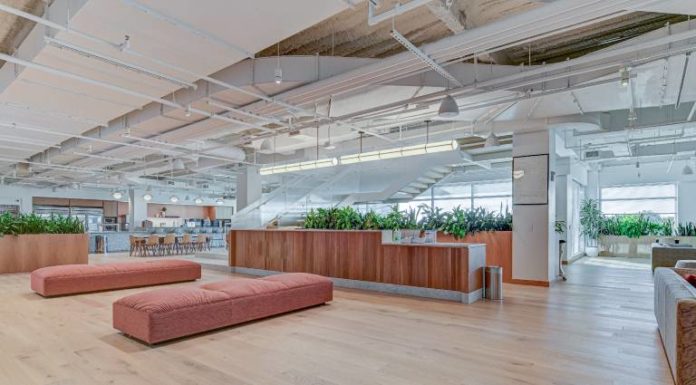 SJP Properties has completed a buildout of TIAA’s 64,000-square-foot office in the Metropark complex, it announced Monday.

“This is now a more modern workplace — the best quality interior space in Metropark — that effectively brings TIAA’s employees and operations into the future,” Peter Bronsnick, SJP’s president – New Jersey Region, said in a prepared statement. “These two floors at 194 Wood Ave. represent the changes we can expect to see across the market as we continue to reimagine office configurations and design to keep employees comfortable, safe and performing optimally.”

New York-based SJP is the developer and original owner of the headquarters-quality office tower, which was sold by owner AIG in August. SJP Project Solutions worked with IA | Interior Architects and ARUP mechanical engineering on the project.