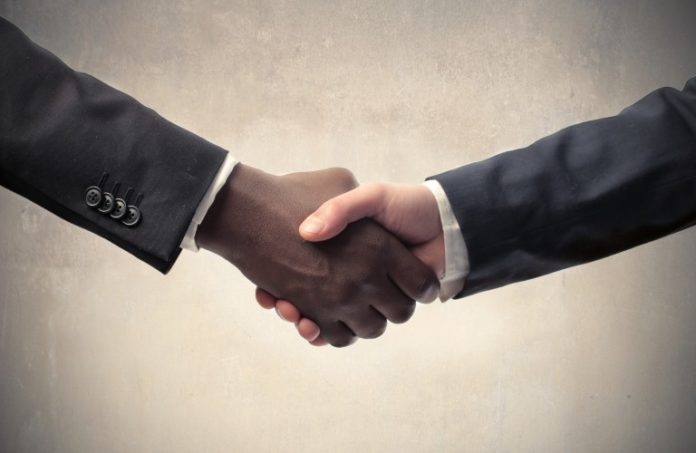 It’s good that conversations are being had — and that follow-ups actually are occurring. But what excited chamber heads John Harmon and Tom Bracken most about the joint economic inequities initiative they announced Monday is that programs already have been put in place to provide Black and brown businesses more opportunities.

“It has led to a number of banks not only joining the chamber, but entertaining some of our members, requests for loans, lines of credit, opening up accounts,” Harmon said.

Bracken, the head of the New Jersey Chamber of Commerce, said the chamber has had many conversations with several of its corporate members, many of whom are on its board. They all want to participate, he said.

“They all want to allow us to have access to what their diversity issues are — and see if we can help them,” Bracken said.

The state chamber also will focus on the entrepreneurship piece, which requires access to private equity, venture capital and angel investors, to allow the Black and brown entrepreneurs to utilize that source of capital to get started, he said.

“Entrepreneurship is also a big piece of this,” Bracken said.

It needs to be.

Harmon offered some stunning numbers when it came to the Black business community. There are more than 80,000 Black businesses in the state, according to the last census, but 93% of Black businesses are sole proprietorships, meaning one man, one woman.

“What it speaks to is that Blacks are not significantly a part of the economy,” Harmon said.

The easiest way to become a bigger part of the economy is to get more vendor contracts. Bracken reminded people that plenty more are becoming available.

“Let’s also not lose track of the fact that, coming in New Jersey, we have a very significant infrastructure investment in our highways coming because of the new toll increases,” he said. “We have New Jersey Transit committed to a very aggressive Capital Improvement Program. And we have the Port Authority, who has a very aggressive capital program coming up, all of which will open up opportunities that we hope to open to the diverse community of Black businesses that they haven’t had before.

“So, not only is it just existing corporations with their supply chains, but also the new initiatives around Washington with a new infrastructure package, that will also bring opportunities to the forefront.”

Harmon, who is never one to sugarcoat things, said people should not assume a Democrat in the White House means the Black community will be better served.

“The (New Jersey) Legislature is predominately Democrat, and our governor is a Democrat, but policies have not really moved the Black economic state in a more favorable way,” he said. “These numbers confirm that.

“We have the highest poverty in the state, between 20% and 35%. Nationally, that number is somewhere around 20%. The highest unemployment — even before COVID, we were double-digit.”

Harmon said Blacks in New Jersey also have the lowest median household incomes. The average net worth for Blacks is about $5,900, compared to approximately $300,000 for white New Jerseyans.

Harmon said Black homeownership is around 40% — or approximately half of the percentage for white New Jerseyans.

So, Harmon said the chambers’ initiative — which was sparked by a similar initiative from the U.S. Chamber of Commerce — clearly is needed. As is a scorecard of progress. He said public corporations — who are accountable to shareholders — likely would welcome this.

Harmon and Bracken said details of a scorecard need to be worked out going forward.

Harmon said Black business interests are leading now. The key will be maintaining that advantage.

“All the stars are starting to point in the right direction, but how can we make this different from other initiatives in the past?” he said. “I think we’re starting off in a way that ultimately will make us different. But, we’ll just wait and see. But I’m encouraged from where we are right now.”