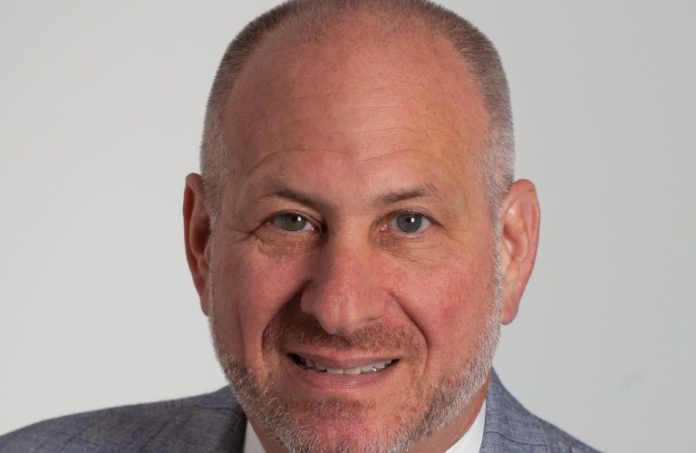 There’s a vaccine … it works really well … the whole world is going to be OK.

Those were the sentiments of millions of people around the world when Pfizer announced Monday morning that Phase 3 of its trial of a COVID-19 vaccine has proven to be better than 90% effective.

And, don’t get us wrong: There is plenty of reasons for joy. But there are plenty of reason for caution, too. So said Dr. Don Liss, the chief medical officer at Horizon Blue Cross Blue Shield of New Jersey, the person the state’s largest insurer calls on to oversee all things vaccines right now.

“That is a ‘Wow,’” he told ROI-NJ. “I certainly expected it to look much more like flu than like measles, mumps and rubella. We’re so conditioned to sort of comparing COVID-19 to seasonal influenza, for lots of reasons, I was expecting the number to be much smaller.”

And, he said he agreed with the Pfizer statement that the news was good for the world.

“It was good to know that there’s a vaccine that presumably is going to help a lot of people,” he said. “We’ll ultimately see what the science tells us. And what the science around other vaccines tells us. But, Pfizer’s press release said, ‘Good news for humanity.’ And I think that’s actually true.”

It’s far from a done deal, however.

Liss spoke with ROI-NJ about all things related to the trial — and the logistical issues Horizon is working out when it comes to administering a potential vaccine. Here’s a look at the conversation, edited for space and clarity.

ROI-NJ: OK, we did the big hooray. Now, let’s come back to Earth. While this news appears to be a step in the right direction, it’s just a step. And a step they are still confirming. We don’t mean to make you a killjoy, but explain why there still is plenty of ways to go before we have a vaccine?

Don Liss: It certainly is a good news story, but we need to temper the optimism with the fact that this is based on an analysis of, literally, 94 cases. So, in the 94 cases, the group that got the vaccine was 90% better protected than the group that didn’t. Again, that’s good news, but we’re extrapolating over literally hundreds of millions and billions of people that are to be vaccinated based on a very, very small sample. Even the complete sample that Pfizer is going to require before presenting to the FDA is only 164 cases.

DL: Here’s how the trial worked. They enrolled about 40,000 individuals across the world, certainly a large group in the United States. Half of the people got the vaccine and half of the people didn’t. Those people then went about their daily lives: They didn’t do anything to try to get infected or take unusual precautions to not get infected. And they all got followed.

ROI: OK, that doesn’t sound as impressive. If the numbers are so small, why did they make an announcement?

ROI: OK, got it. Let’s move to trials — the other dozen or so trials that are in Phase 3 around the world. How do those groups feel? Does this mean they lost the race?

DL: Not at all. I think it sort of is what it is. There are all kinds of factors in vaccination. For example, one of the big issues in Pfizer trial is that it requires two doses, 21 days apart. The Johnson & Johnson vaccine is single dose, which obviously is much more convenient for administration. Different vaccines have all sorts of different properties, the storage and handling, distribution, the number of doses in this case. So, there are all kinds of factors.

In this case, this simply was the first to market. We’re going to see all kinds of different results. People make comparisons, but there are no head-to-head trials.

ROI: So, the next Jonas Salk wasn’t found today? When future generations look back, there could be numerous groups credited with a COVID-19 vaccine?

DL: Time will tell, but that probably is the likely scenario. These guys are the first to announce efficacy results, but there is lots to follow, and we have to see how the different vaccines behave when they’re used in the real world.

ROI: That circles back to Horizon. As someone helping to establish protocols for vaccination, what did this news do to your work world? Was this a jump-start on future efforts?

DL: It certainly creates a sense that things are going to happen a little bit quicker than we might have predicted a week ago or, certainly, a month ago. That said, we’ve been pretty diligently working on the mechanics of being ready. From our perspective, while we certainly want to work with other constituencies to make sure vaccines are distributed and administered and promoted and all that, we foremost have to be ready to process a claim for, in this case, vaccine administration.

We’ve been working diligently with our trade groups and the insurers across the country to make sure we have the right claims coding information available so we can be ready as soon as a vaccine is distributed.

ROI: What are the biggest issues around that?

DL: Remember, the federal government has essentially pre-purchased the first hundred million doses from all five U.S. manufacturers. There are issues around the logistics of delivering them, getting them to the sites where health care professionals can administer vaccines to different populations and the prioritization of that.

The issue for insurers like us is being prepared to pay for the administration of the vaccine. The federal government is picking up the tab for the actual vaccine product.

ROI: So, what was the biggest takeaway for you today?

DL: The only insight that we didn’t have last week is a fairly bold statement from Pfizer: That they expect to deliver 50 million doses in 2020. That suggests to me that the timeline is going to be a little bit faster than what we might have thought a month ago.

It doesn’t answer the question everyone wants to know — when will we all be vaccinated? — but it suggests to me that it’s going to be a bit faster than then we might have thought a few weeks ago.

ROI: Got it. And we went over a lot. Thank you for that. Is there anything else you want to add?

Real Estate
ROI-NJ Staff -
February 25, 2021
A luxury multifamily building in East Rutherford has been completed, the developers announced this week. The four-story, 35-unit 480 Flatz, at 480 Paterson Ave., is...

Editor's Desk
Tom Bergeron -
February 25, 2021
The meticulous craftsmanship that was needed to maintain its charm while updating the 110-year-old facility that now serves as the Retreat & Recovery at...

Real Estate
Eric Strauss -
February 25, 2021
The 147,000-square-foot building in Florham Park that serves as Celularity Inc.’s corporate headquarters and manufacturing facility has been sold for $46.6 million, according to...

Teligent CEO Grenfell-Gardner steps down, Sawyer to take over role

Horizon increases access to telehealth — to help patients … and...