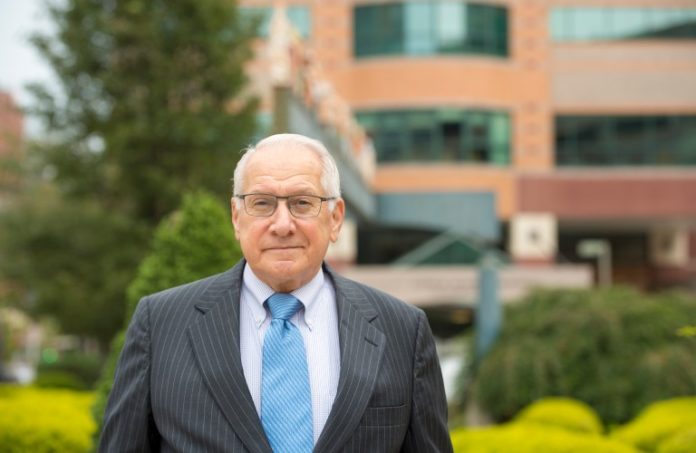 Rutgers recently received an $8 million gift in support of major initiatives at Rutgers Biomedical and Health Sciences and the Rutgers School of Communication and Information.

The school said the gift will help generations moving forward.

The donor, telehealth pioneer James Tuchi, said he was making it as a payback for what happened in the past.

Simply put, Tuchi said he credits Rutgers University for saving his life — and his wife’s life — with treatments from experts at Rutgers Robert Wood Johnson Medical School more than two decades ago.

After undergoing quadruple bypass surgery in 1994, Tuchi took interest in the research his doctors were doing. Tuchi, an early innovator in the burgeoning field of online medical care as CEO and founder of Millennium Healthcare Solutions, resolved to champion their work whenever possible.

The $8 million gift does just that.

Tuchi and his wife, Sari Tuchi, are both New Brunswick residents.

Since his surgery in 1994, Tuchi has remained under the care of Clifton Lacy, the former New Jersey health commissioner and former chief of cardiology at Rutgers Robert Wood Johnson Medical School.

Lacy, now a distinguished professor in the School of Communication and Information, introduced Tuchi to his primary care physician, Jeffrey Carson, provost of Rutgers Biomedical and Health Sciences.

“If not for them and the people at Robert Wood Johnson, I wouldn’t be in the shape I’m in,” said Tuchi, who continued his involvement in the pharmaceutical and life science industries at Global Health Sciences Inc., which he also founded.

One of Tuchi’s philanthropic goals was to find “programs that could be immediately beneficial if they had funding.”

RBHS Chancellor Brian Strom agreed that the influence of these initiatives will be almost immediate, but will “also have impact for many, many years.”

Tuchi’s gift includes $3 million to drive advances in the management of mass exposure to anthrax; develop a portable device that detects lead in water and blood; improve bleeding control after traumatic injuries; and train leaders in effective risk and crisis communication.

These efforts are led by Lacy, who lauded “the acceleration of discovery, innovation and development right here at Rutgers” and said that Tuchi’s generosity will have “a multiplier effect for a long time to come.”

Another $3 million will launch a clinical trial incubator headed by Carson, the Richard C. Reynolds M.D. Chair in General Internal Medicine. The incubator will guide and train faculty seeking to redirect their careers into medical research, giving professionals “the tools necessary to succeed, build the capacity of faculty to initiate high-impact research, and bring important research projects to the university,” Carson said.

Finally, $2 million will support Project ECHO, a guided-practice, telementoring model, comprising telehealth clinics in which practitioners across a variety of disciplines exchange information and insight.

“ECHO allows participants to share best practices,” said Kathy Dodsworth-Rugani, the project’s executive director. “It is an all-teach, all-learn model to enable better access to health care for all.”