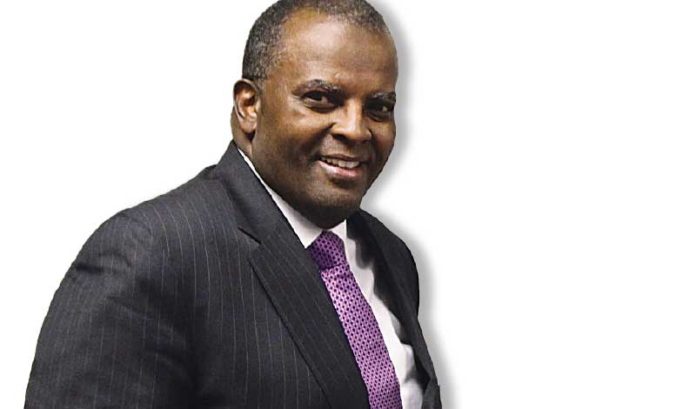 Harmon was appointed to the U.S. Chamber’s Chamber of Commerce Committee of 100, a group of the leading chamber executives from around the country. He also will serve on the steering committee of the U.S. Chamber’s Equality of Opportunity Initiative, which is dedicated to addressing racial equity gaps in critical areas including education, employment, entrepreneurship and criminal justice.

U.S. Chamber of Commerce CEO Tom Donohue said Harmon will be the perfect for the organization.

“His strong leadership and support of African American businesses will add to the chamber’s work to promote the role of business and free enterprise,” he said. “Policy solutions can bridge existing opportunity gaps and ensure that Black Americans and people of color have greater opportunities to succeed.”

Harmon told ROI-NJ that he’s ready to get to work — and ready to do what he always has done: Press the powers that be for more action when it comes to Black and brown communities.

“This is significant on a number of fronts,” he said. “I can continue to provide some advice on their equality and opportunity initiative to promote more diversity on boards on jobs, employment and contracts — and in their focus on criminal justice reform.

“I think it also puts me in a position to really be a national advocate on social economic issues for Black people across the country.”

The U.S. Chamber of Commerce is the world’s largest business federation, representing the interests of more than 3 million businesses of all sizes, sectors and regions, as well as state and local chambers and industry associations.

Harmon said the board of more than 100 of the top leaders from Fortune 500 companies meets quarterly. He’s eager to get started.

“I’m going to be at the table with the nation’s decision-makers as it relates to business and policy on commerce and regulation,” he said. “I’ll be around some of the best minds on these issues. That is only going to make me better a better leader and a more effective advocate for the interests of Black business in New Jersey.”

Harmon feels the impact on the state will be great.

“New Jersey is going to be the residual beneficiary of all that I do with these folks,” he said.

The position is just the latest in a long list of economic development posts.

Before his roles at the AACCNJ, Harmon served as CEO and president of the Metropolitan Trenton African American Chamber of Commerce. Under his guidance, MTAACC grew its membership substantially, forged alliances with business associations and government, and created strategic partnerships in the public and private sectors to benefit African American businesses throughout New Jersey.

Harmon holds a bachelor’s degree in business management from Fairleigh Dickinson University and is a graduate of the U.S. Chamber of Commerce Foundation’s Institute for Organization Management, a four-year professional development program for association, chamber and other nonprofit executives.

Harmon also completed a one-year Fellowship on Regionalism and Sustainability sponsored by the Ford Foundation and completed the Minority Business Management Seminar at the University of Wisconsin-Madison, in 2009.

Harmon said the chance to work with the U.S. Chamber brings so many possibilities.

“The AACCNJ team is excited about deepening our engagement with the U.S. Chamber,” he said. “The key to creating opportunity and inclusive growth across the country is to increase the dialogue between the communities we serve, the federal government and other stakeholders.

“The U.S. Chamber has a unique and critically important role in that dialogue as the voice for a unified, diverse American business community.”