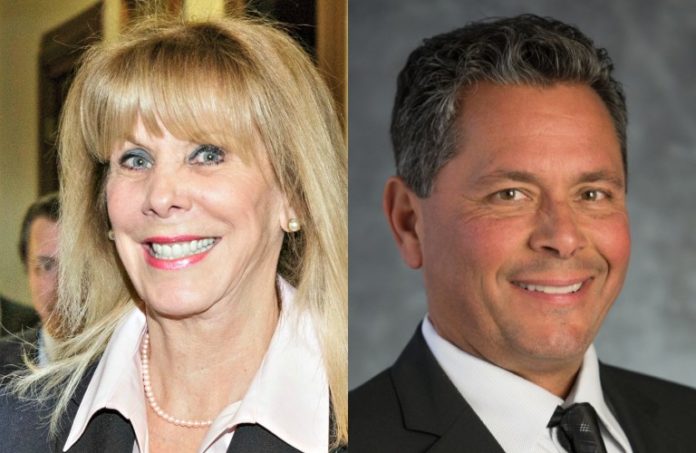 This new tax proposal comes despite the latest fiscal year 2021 economic analysis by the Tax Foundation, which shows New Jersey once again has the worst business tax climate in the nation.

Common sense would dictate that being last in a financial indicator that influences where business executives invest their money would be alarming enough to require action to cut taxes, not create new ones.

Other states are taking notice of New Jersey’s lousy business climate and are trying to pilfer our businesses and jobs. They realize that there is a limit to how many taxes, fees, surcharges and penalties one state can heap on its job producers before the cumulative weight of all that wealth redistribution forces businesses to go elsewhere.

That doesn’t sound like much of a tax hit, until you consider that the New York Stock Exchange’s Mahwah data center handles more than a billion trades of shares on a typical day, according to the Wall Street Journal. And that’s just one of many data centers in the state.

Legislators who consulted with a Washington, D.C., law firm to craft the transfer tax bill see a revenue windfall coming their way. But that’s an illusion.

The reality is that, if the tax is enacted, many large data centers will move out of state and there will be no tax revenue to collect and no new investment in construction and staffing of new financial data centers, such as the 1 million-square-foot center currently being considered by one of the biggest financial companies in the world.

The Journal reported that the NYSE is already conducting trial runs for moving its data centers to other states. Other exchange operators — Nasdaq Inc. and Cboe Global Markets Inc., among them — have also indicated they may flee New Jersey. The Dallas Morning News reported last week that representatives of the Nasdaq and other major exchanges will meet with Texas Gov. Greg Abbott on Nov. 20 in Austin, as they consider relocation of their trading platforms from New Jersey to Dallas.

When those companies leave, a lot of money and jobs will go with them.

The financial data centers are unobtrusive ratables that pay millions of dollars in local property taxes and require few services. The center in Mahwah reportedly pays $2 million a year in property taxes to support the town’s $25 million 2020 tax levy.

The centers pay good wages. In a state desperate for good-paying jobs, it is incongruous that politicians jump for joy every time a new Amazon warehouse opens, and then propose ways to punish companies that pay substantially higher wages and taxes.

The typical Amazon warehouse employee earns $25,000 to $30,000 a year — hardly enough to buy a home or support a family here in New Jersey. Compare that to the wages earned by hundreds of skilled tradespeople across a variety of crafts who build and maintain data centers. Electricians, carpenters, ironworkers and masons earn salaries that double or triple what Amazon pays. Those skilled tradespeople pay taxes and support the local economy.

Once constructed, the data centers employ skilled technicians to operate and maintain the systems. They also create opportunities for small businesses that provide everything from landscaping services to bottled water. The centers’ employees pay taxes and support small businesses.

The financial transaction tax would not only kill jobs, but would harm ordinary investors, because the costs of the tax will be passed down from exchanges and banks to everyone in the market — from state, county and local government retirement funds to massive union retirement funds. Also affected will be families saving for retirement and for college educations through their 529 college savings plans.

New Jersey’s terrible business climate rating is well-earned; it was built on bad decisions and the arrogance to believe that people and businesses will just accept being taxed just for the privilege of being here. It’s not true.

State economic innovation is not created by finding new things to tax; it’s created by committing to funding essential services and spending less everywhere else. New Jersey leaders need to learn the fundamentals of economics or the state will continue to suffer.

Why case for offshore wind is now stronger than ever